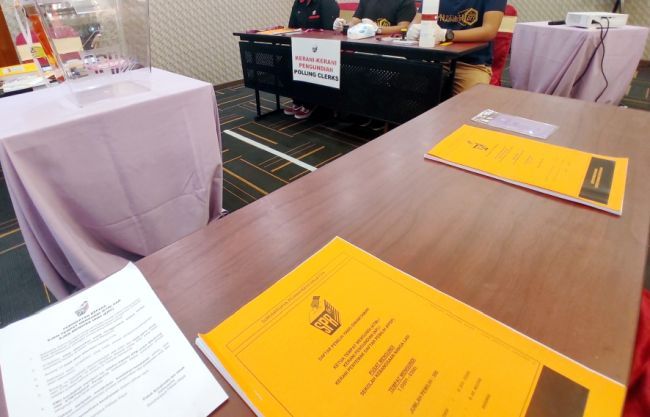 JOHOR BARU: Prime Minister Datuk Seri Ismail Sabri Yaakob’s statement on allowing individuals aged 18 and above to stand as candidates in a general election or by-election has drawn mixed views from youth themselves.

“This move was implemented in the United Kingdom back in 2007, and I think this is a huge step forward for us as a country in welcoming more fresh ideas from the younger generation.

“Our education system has already given enough leadership classes, especially at the secondary and tertiary levels, and this is a positive development for all youth in the country,” he said.

However, the government should draw up clearer guidelines on what positions could be held by the youth as some involved very serious portfolios, he added.

“For example, to be a Prime Minister, a candidate should have at least a few years’ experience in holding office as a minister,” he said.Kita Community founder Raden Mohammad Azwan Naharudin, 29, said a person’s ability to lead should not be based solely on their age.

“Some people are born to be leaders and our educational system right now is much more flexible, which enables us to potentially have someone who is really qualified to lead the people.

“Giving a chance to the younger generation to lead will give them more exposure to how to better build the country,” said Raden.

For Azlyana Adnan, being exposed to politics at an early age might be a tad premature as she noted that experience played a crucial role in decisions that no 18-year-olds should be allowed to make.

“The benefit is that we could have fresh ideas on how to move forward as a nation, but the downside is that we would have inexperienced leaders who might end up being puppets,” said the 27-year-old university student.

Sharing the same opinion is private-sector worker Justin Jerome Lowell John, 26, who said that if an 18-year-old leader is elected, they should first get to know their people and voters, as well as local and national issues.

“Politics is a huge topic, and they should learn how to make decisions on their own without being influenced by others.

“Sure, they can lead, but only if they have been exposed earlier to the political arena,” he said.

Nurafizah Malik, a 19-year-old STPM student, had no issue with allowing 18-year-olds to vote as “we could at least learn how our votes define the progress of our areas”.

But she expressed concern about 18-year-olds without experience being allowed to hold office and lead members of the public who might have higher expectations.

“And if those expectations aren’t met, it will only backfire on the candidate,” she said.

Thousands demonstrate in Spain to end violence against women