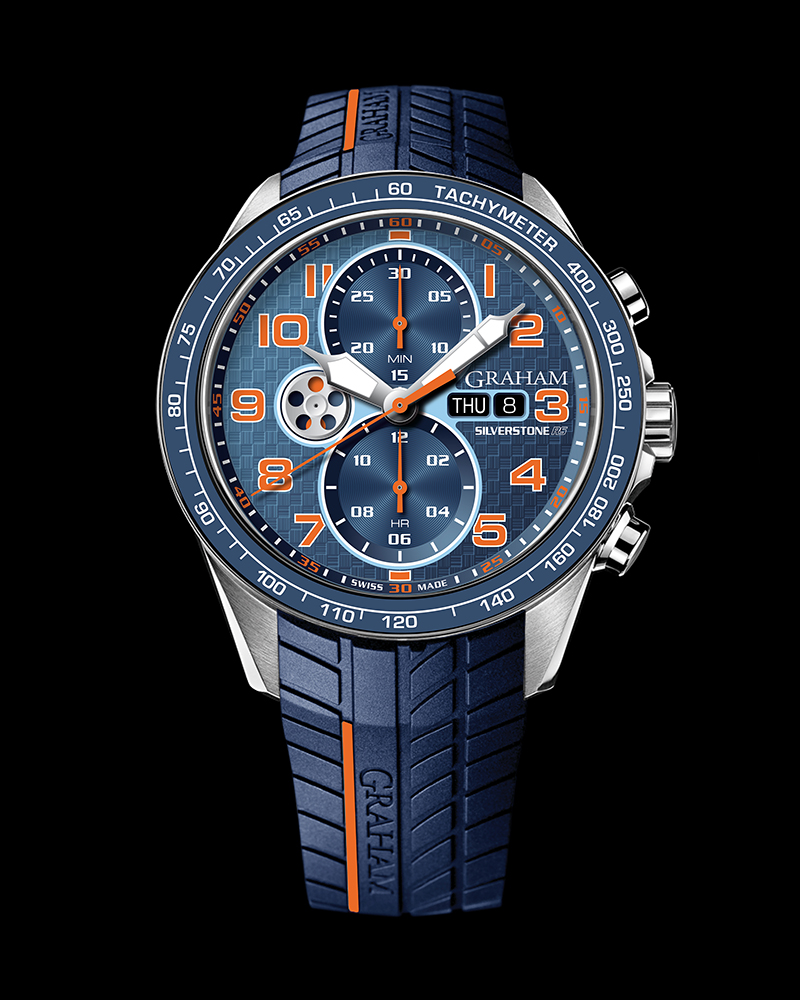 Speak of sports cars and one would typically associate them with blood-pumping adrenaline. Racing cars, however, crank the cool factor up a notch, and it is this breed of cars that informs the Graham Silverstone RS Racing. Should one need any more hints of the watch’s athletic nature, one need only look at its Silverstone name; Silverstone is one of the most famous legendary British motor-racing tracks, and the birthplace of the Formula 1. 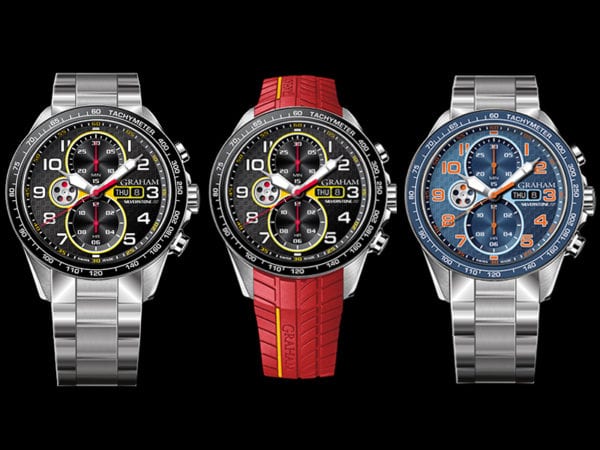 A literal amalgamation of automobiles and timepieces, the Silverstone RS Racing dials recall car dashboards in a medley of red-accented blue, white, grey and green with a punch of orange. These colours are not merely aesthetic, but also play the role of team identifiers in auto-racing. The tyre-inspired straps also reinforce its sporty aesthetic, with its chronograph similarly playing the same ode. Bearing authentic references to racing, the small seconds counter is shaped like a brake disc, while the discreet checkerboard patterned-dial bears 12-hour and 30-minute counters. Throw Graham’s first-ever day-date aperture at 3 o’clock, a tachymeter function (observed around the bezel), and a composite ring with subtle touches of colour under the bezel in the formula, and you have the Silverstone RS Racing in sum.