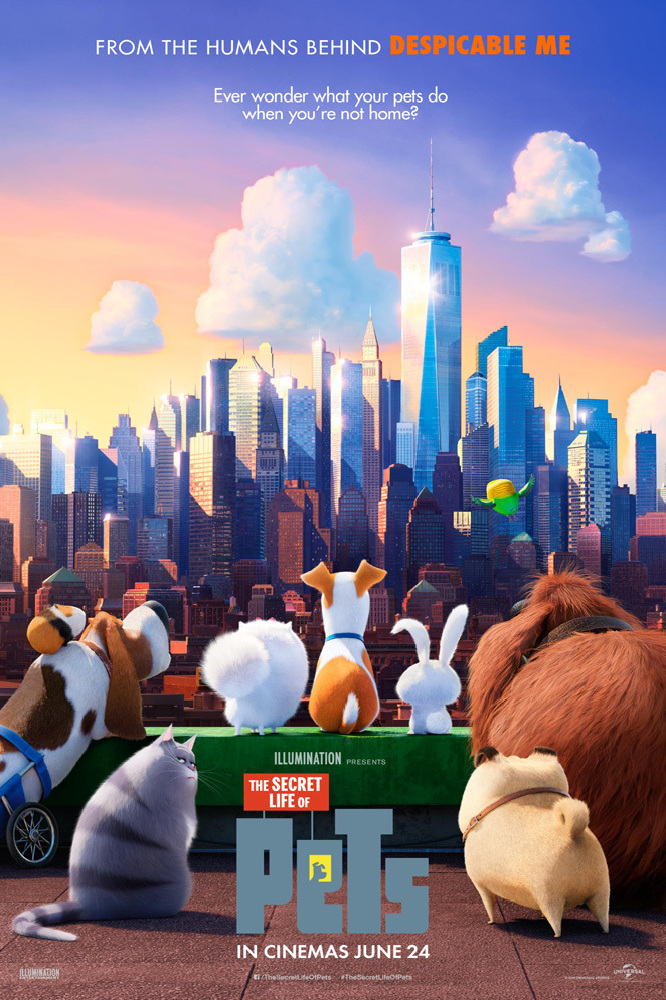 The Secret Life of Pets

The Secret Life of Pets has toppled Finding Dory from the top of the U.S. box office.

The Secret Life of Pets opened with $103 million on its debut weekend to easily hold off the challenge from Finding Dory and The Legend of Tarzan.

The movie comes from the studio that brought us Despicable Me and the film is another huge hit. Chris Renaud is back in the director’s chair as he teamed up with Yarrow Cheney for the first time.

The Legend of Tarzan was a none-mover this weekend as the David Yates-directed film stayed put at number three.

Finding Dory’s reign at the top of the box office is over as the Pixar film slipped two places to this week’s number three.

Comedy Mike and Dave Need Wedding Dates was new in at four while The Purge: Election Year slipped two places to round off the top five.

Central Intelligence was another none-mover at six while Independence Day: Resurgence fell out of the top five; slipped two spots to number seven.

The BFG stayed put at eight and The Shallows was down two at nine. The Sultan was the third and final new entry as it opened at number ten.