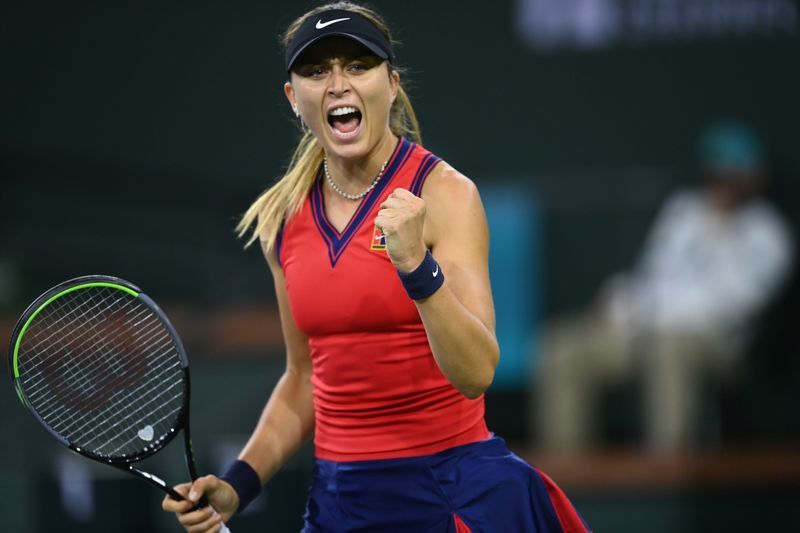 (Reuters) – Paula Badosa survived a stiff challenge from Victoria Azarenka to produce a gutsy 7-6(5) 2-6 7-6(2) win in the Indian Wells championship match on Sunday.

Azarenka was two points from winning the tournament for a third time and serving when her game began to unravel behind a series of errors.

Badosa took advantage and held her nerve in the final tiebreaker, firing a crosscourt forehand winner on championship point and then falling to the court in joy.

With the win, Badosa becomes the first Spanish woman to win the tournament in the California desert and will move to a career high world number 13 on Monday.

The tournament, which is sometimes called the fifth major, was not held last year due to the COVID-19 pandemic and was pushed back from March to October this year due to the global health crisis.