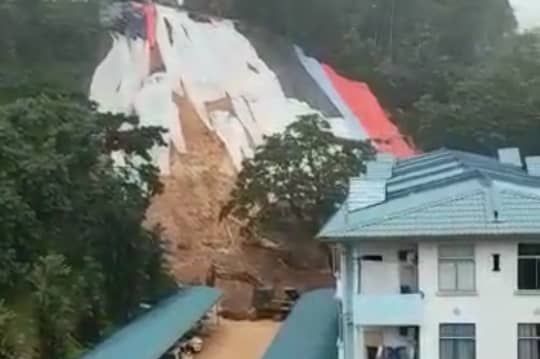 KOTA KINABALU: A landslip on a hillslope adjacent to Country Heights Apartment, caused by heavy rains over the last three weeks, is raising safety concerns among residents.

They want the authorities to check on the structural safety of the three apartment blocks situated close to the hillslope, which had progressively given way over the last two years.

A resident who only wanted to be identified as Florence said that the authorities must investigate if the blocks were still safe and whether they could continue living in the apartments.

"These landslides are getting worse every time it rains and on Tuesday (Sept 21) we are seeing more earth movement and water runoff," she said.

Earth from the landslides had already breached the perimeter of t