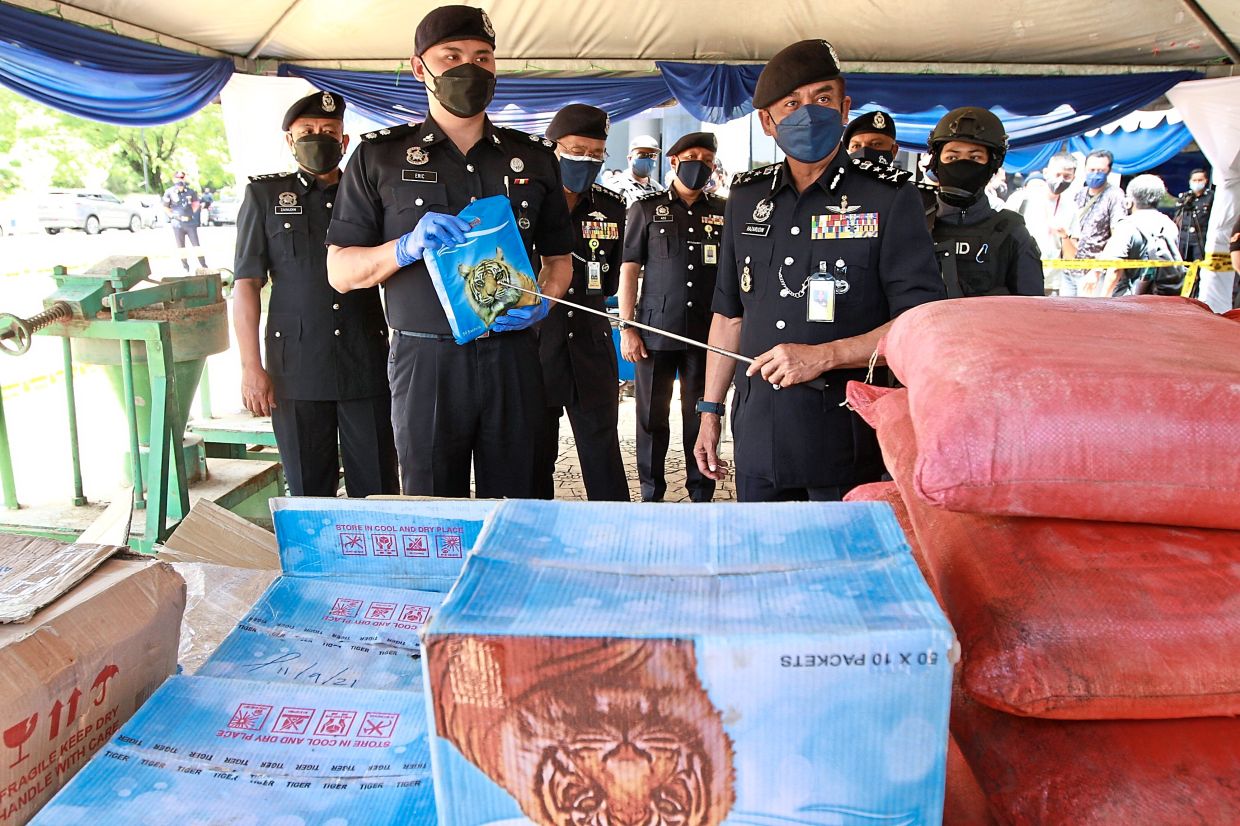 “We arrested five men and two women, aged between 27 and 57. Five of them are foreigners.

“Investigations revealed that the syndicate was selling the drugs locally as well as shipping it to Hong Kong and Qatar,” he told reporters yesterday.

He said during one of the seven raids, police seized 174 sacks containing at least 5.5 tonnes of brown powder.