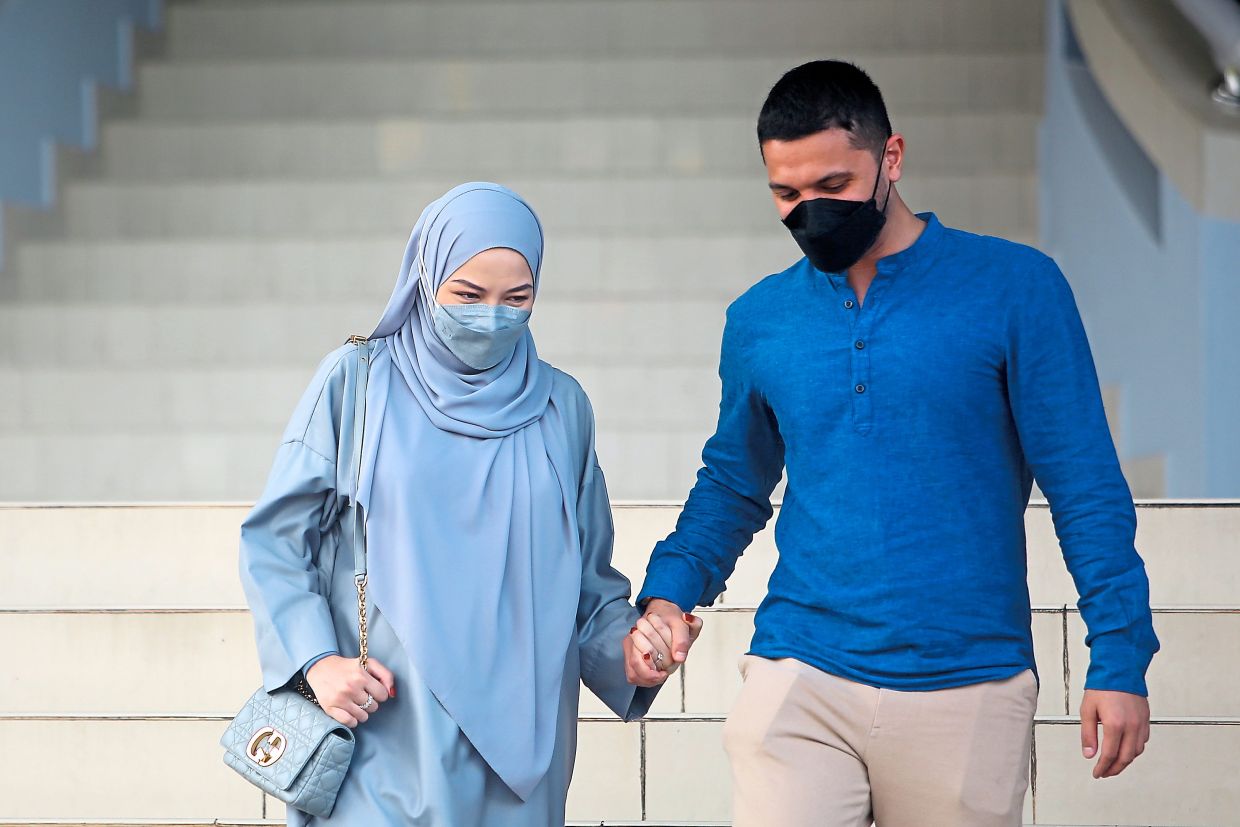 SEREMBAN (Bernama): Celebrity Noor Neelofa Mohd Noor and her husband, Muhammad Haris Mohd Ismail, have sent a representation to the Attorney-General’s Chambers over charges made against them for breaching standard operating procedures (SOP) of the conditional movement control order at a carpet shop, in Nilai, in May this year.

Lawyer Wan Aizuddin Wan Mohamed, representing the couple, said the letter of representation to the AGC was sent yesterday.

He told this to reporters after the case involving the couple came up for mention before Magistrate Mohd Firdaus Saleh on Thursday (Oct 21).

Following which, he said, the court set Dec 1 for mention.

On May 20, Neelofa and her husband couple pleaded not guilty to violating Regulation 19 of the Prevention and Control of Infectious Diseases (Measures Within Infected Local Area) (Conditional Movement Control) (No.4) (Amendment) (No.12) Regulations 2021 which carries a fine not exceeding RM50,000 or imprisonment for up to six months, or both, if found guilty.

Muhammad Haris, 26 was charged with two counts of failing to comply with the CMCO SOP, which were for failing to wear the face mask and also scan the MySejahtera application or write his name in the registration book to check-in at Kedai Naeem Carpet Sdn Bhd, Kawasan Perindustrian Nilai 3, Nilai, at 4pm on May 2.

Noor Neelofa, 32, was charged with failing to scan the MySejahtera application or write her name in the registration book to check-in at the same place and time. – Bernama

Covid-19: Police investigating breach of SOP by group of men at toyshop

Donning headscarf at a mosque is what any responsible and professional MP would do, says Azalina

Covering one’s head at places of worship a sign of respect and modesty: Hannah Yeoh