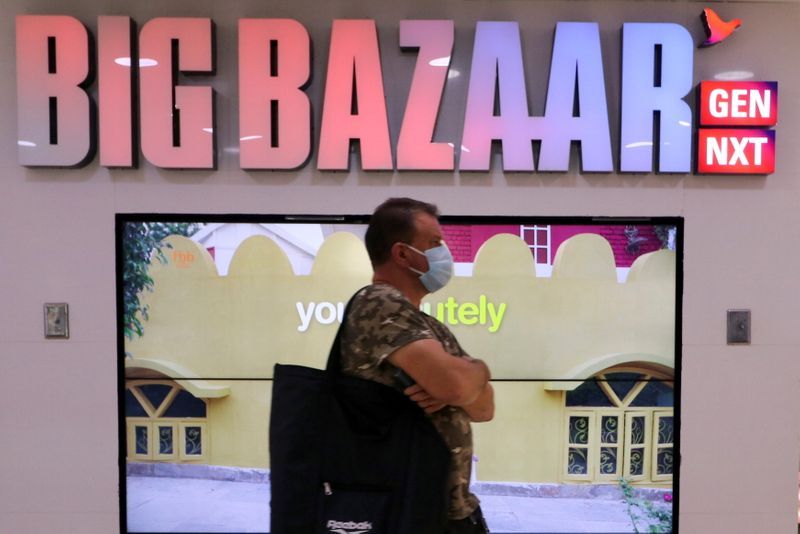 NEW DELHI (Reuters) – A Singapore arbitration panel on Wednesday declined Future Retail’s bid to exclude itself from an ongoing commercial dispute with Amazon.com Inc, according to an order seen by Reuters, the latest boost to the U.S. giant’s bid to stall the Indian retailer’s asset sale.

Amazon has for months been locked in a dispute with Future, and accuses the Indian firm of violating contracts when it sold its retail assets to market leader Reliance Industries in a $3.4 billion deal last year. Future denies any wrongdoing.

After the Singapore arbitrator put the deal on hold last year while it heard the matter at length, Future Retail had argued it should be excluded from the proceedings as Amazon had initiated the case under a contract it signed with another Future group company.

The panel in an order on Wednesday, which is not public, disagreed with Future Group. It said three agreements at the heart of the Future Group-Amazon dispute must be read together, and not separately, as Future had argued.

The tribunal “has jurisdiction over FRL in this Arbitration,” said the 69-page order.