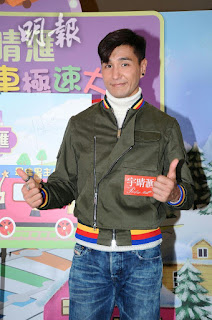 TV King, Ruco Chan attended an event at shopping mall on 02 January and when asked if his rates increased thrice, he replied he needed to ask his manager first. Asking if he will celebrate his 40th birthday on 14 January with his rumoured girlfriend, Nancy Wu, Ruco said: “Nope, I need to film series. (Rumoured that your marriage proposal is successful?) Huh? Is it? Doesn’t matter and I treat it as a joke only. (Does your mother ask?) Nope, we are used to it already.”

Previous Mesentery: The newest organ to be found in the human body
Next Meryl Streep Shows Up For Debbie & Carrie’s Private Service

What is ‘national culture’? A symposium at UM unpacks this big question

More must be done to protect women