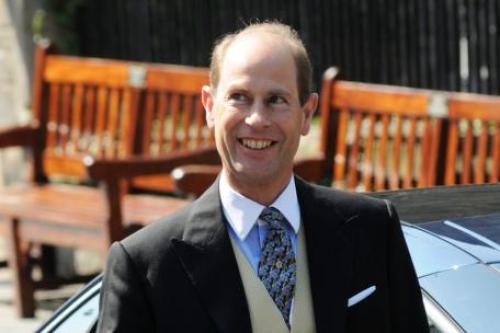 Britain’s Prince Edward visited the Scottish Borders to mark the Diamond Anniversary of the Duke of Edinburgh’s Award.

The 52-year-old royal was taken on a tour of the Netherurd Girlguiding camp to see just how much the DoFE is helping young people learn new skills and overcome challenges.

“It’s fantastic to see Girlguiding Scotland being recognised for the outstanding work it does and enormous thanks must be given the volunteers who work tirelessly to ensure that every DoFE participant makes the most of this wonderful opportunity.”

According to the Borders Telegraph, 900 children have achieved their bronze, gold and silver awards over the past year.

“Girlguiding Scotland has helped hundreds of girls and women achieve their Bronze, Silver and Gold Duke of Edinburgh’s Awards as part of activities and opportunties.

“It is one of many life-changing opportunities we offer girls and young women to develop their skills, grow in confidence, enjoy new experiences and to be a powerful force for good in their communities.”

Ten things to do in Japan by Natasha Pulley