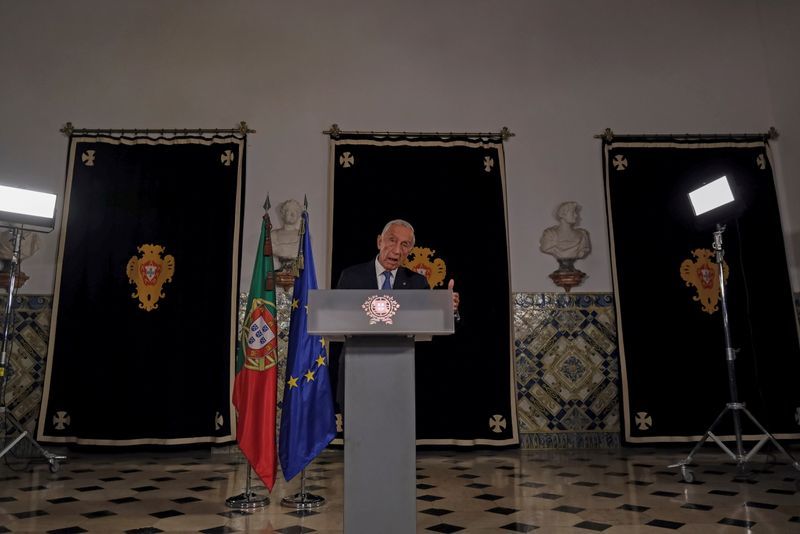 LISBON (Reuters) – Portugal’s ruling Socialists lead the race to win an election in January with more votes than they took in 2019, but short of a full majority, according to the first poll of voting intentions taken since parliament rejected their budget last week.

The combined left, including Prime Minister Antonio Costa’s former hard-left partners who helped sink the budget bill and trigger the snap election, would retain a majority of seats in parliament, taking 52% of the vote, according to the survey by Aximage pollsters.

President Marcelo Rebelo de Sousa on Thursday called the early ballot for Jan. 30 after the budget’s defeat ended six years of relative political stability under the Socialists. The government is still serving in full capacity until parliament is formally dissolved.

Political analysts say an election alone might not solve the political impasse as no single party or workable alliance is likely to achieve a stable majority. Most consider the left’s alliance all but impossible to rebuild due to mutual distrust.

The centre-left Socialists would garner 38.5% of the vote, about one percentage point more than in a previous poll in July, and up from 36.3% they took in the 2019 general election.

The main opposition Social Democrats were on 24.4%, falling from 25.2% in July and nearly 28% in the last election.

The Communist Party, which along with the Left Bloc was once the government’s partner in parliament, would get 4.6%.

Part of the Aximage poll released on Thursday showed that 54% of respondents thought a snap election would be “bad for the country”, with 68% believing that no party would win a majority of seats in parliament.

Share
Previous Football: Soccer-Liverpool’s Firmino faces spell out with serious hamstring injury
Next Melaka polls: Anwar hints that PKR, Amanah may each take one of the four former assemblyman