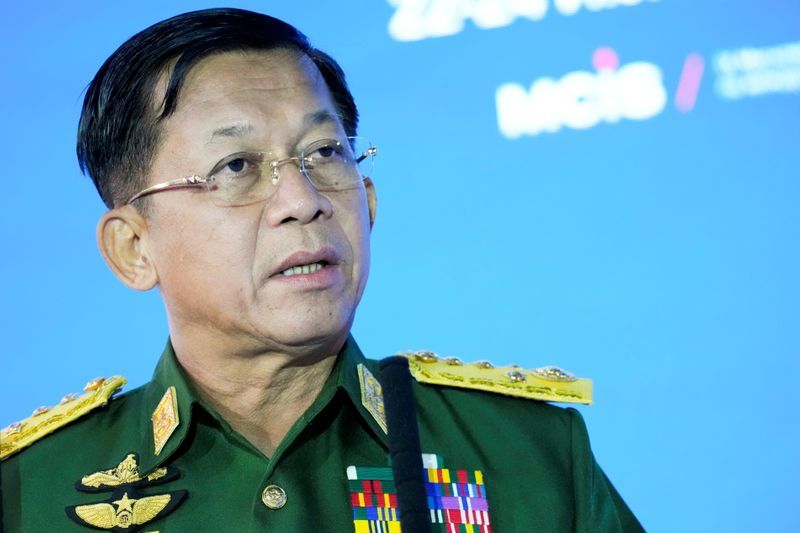 (Reuters) – Myanmar’s junta leader on Monday defended his military government’s actions in a regional peace plan and said it was seeking to restore order, but that its opponents were committing violence, which ASEAN should take notice of.

In a televised address, coup leader Min Aung Hlaing reiterated the junta’s five-step process toward restoring democracy, and said some of the things demanded by a special envoy of the Association of Southeast Asian Nations (ASEAN) were non-negotiable.

It was Min Aung Hlaing’s first remarks since ASEAN agreed to sideline him from an upcoming leaders’ summit over lack of progress in a peace roadmap.