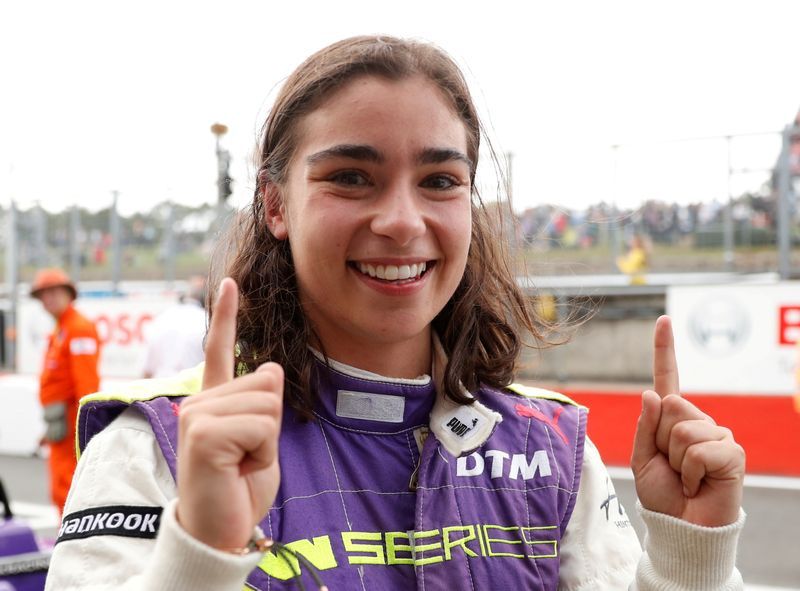 (Reuters) – Jamie Chadwick said her dream of competing in Formula One was a step closer after the British driver retained her W Series title last weekend.

Chadwick, 23, won back-to-back races at Austin’s Circuit of the Americas and earned a $500,000 prize for the winner of the all-female single-seater series.

The W Series is aimed at helping women climb the motorsport ladder to Formula 1, considered the pinnacle of motor racing, which has not had a female race driver since Italian Lella Lombardi in 1976.

“(It’s) still the ultimate goal. Still a lot that I need to achieve before I can get there but it definitely feels a step closer after this weekend,” Chadwick told the BBC on Tuesday.

Drivers need 40 points to race in F1 but Chadwick now has the 25 that allow her to take part in Friday practice.

Chadwick took her first title in 2019, with the series cancelled last year due to the COVID-19 pandemic, said it was unlikely she would return to the series.

“I feel like I’ve achieved what I can achieve in the series and I want to use the platform it’s given me to go on to bigger and different things,” she said.

“It’s not confirmed or not committed to anything just yet, but some plans will come into place and hopefully we can go on to use the series as a platform that it is.”