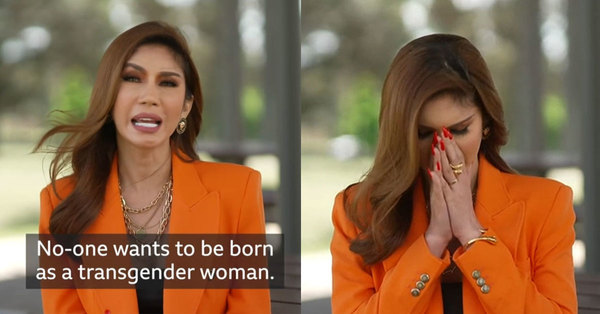 Speaking to BBC for a report published last Friday, 19 November, the 36-year-old said as a transwoman and a Muslim, she has the right to express her religion in her own way.

She attributed the restriction to freely express herself, as well as JAIS’ unnecessarily harsh treatment towards her, as reasons why she left Malaysia and may never return.

“I had to run away. I was treated harshly (in custody). I was hit, pushed, handcuffed, all in front of my parents and family. I felt ashamed and sad. I gave them my cooperation, but they still did that to me,” she said in a video interview.

“The offence was something that we could have discussed instead of using violence. Maybe it was because they see me as a transwoman, so they did not care if I was held, beaten, stamped on. We transwomen have feelings too. We deserve to live our lives like normal people.”

The video interview included footage of Sajat crying while being handcuffed and screaming during the arrest.

Sajat grabbed national attention in early September after Thai immigration made an unusual arrest against her while she was holding a United Nations High Commissioner for Refugees (UNHCR) card in Bangkok.

The Malaysian authorities immediately sought her extradition on charges of insulting Islam because of her act of cross-dressing at a religious event.

During her time in Thailand, she sought asylum in Australia and she was eventually granted the status some time around mid-October.

For sustainability sake, fashion now wants you to recycle your… underwear