Football: Soccer-UEFA will not act after investigating racism claims by Sweden’s Elanga 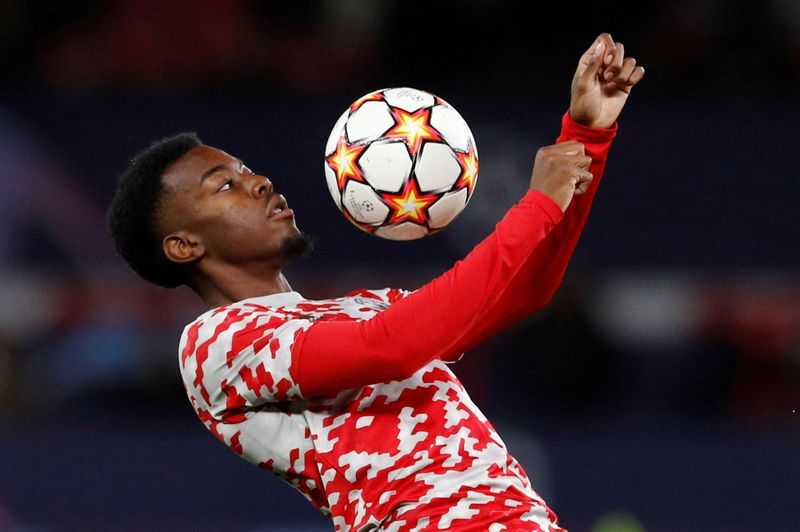 (Reuters) – UEFA will not take any action after investigating claims that Manchester United winger Anthony Elanga was subjected to racist abuse while playing for the Sweden Under-21s against Italy last month, European soccer’s governing body said on Monday.

The alleged incident took place when Elanga was involved in a scuffle with opposition players following the two sides’ 1-1 draw in Monza on Oct. 12.

“Following the investigation carried out by the UEFA ethics and disciplinary inspector, a decision has been taken not to open any disciplinary proceedings,” UEFA said in a statement.

The Swedish Football Association (SvFF) said it was disappointed with the verdict and planned to appeal.

“SvFF has taken this very seriously… there is no doubt about what the player has perceived and we will appeal the decision,” said Tobias Tibell, general counsel for the SvFF.

Elanga, 18, added: “I am of course very disappointed, I know what I heard and what happened. I hope the appeal can lead to something.”

The Italian Football Federation (FIGC) had always denied the allegations, even providing video evidence of the incident.

Elanga has made three senior appearances for United, scoring against Wolverhampton Wanderers on the final day of the last Premier League season.

(Reporting by Dhruv Munjal in Bengaluru; Editing by Ken Ferris)