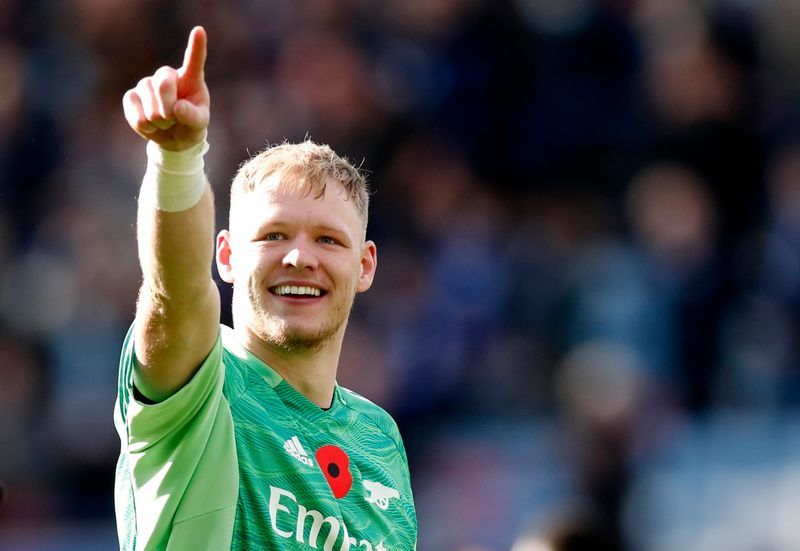 LEICESTER, England (Reuters) – Goalkeeper Aaron Ramsdale was the star of the show as an improving Arsenal made it nine games unbeaten in all competitions with a 2-0 victory at Leicester City in the Premier League on Saturday.

Arsenal flew out of the traps at the King Power Stadium, taking a two-goal lead inside 18 minutes through Brazilian centre Gabriel Magalhaes and livewire Emile Smith-Rowe.

Leicester grew into the match after their laboured start and had several chances to get themselves back into the contest before half time, only to find Gunners keeper Ramsdale in inspired form.

Ramsdale’s leap to keep James Maddison’s free-kick out just before half time was a contender for save of the season, clawing the ball away as it seemed destined for the top corner in spectacular fashion.

After the break, Leicester continued to create chances which on another day they would have converted, but Ramsdale refused to be beaten, bailing his side out time and again to ensure a vital victory on Arsenal’s road to recovery.

A seventh win in that unbeaten run of nine means Arsenal climb to fifth in the standings, above Leicester who drop to 10th, with the rest of the Premier League teams still to play this weekend.