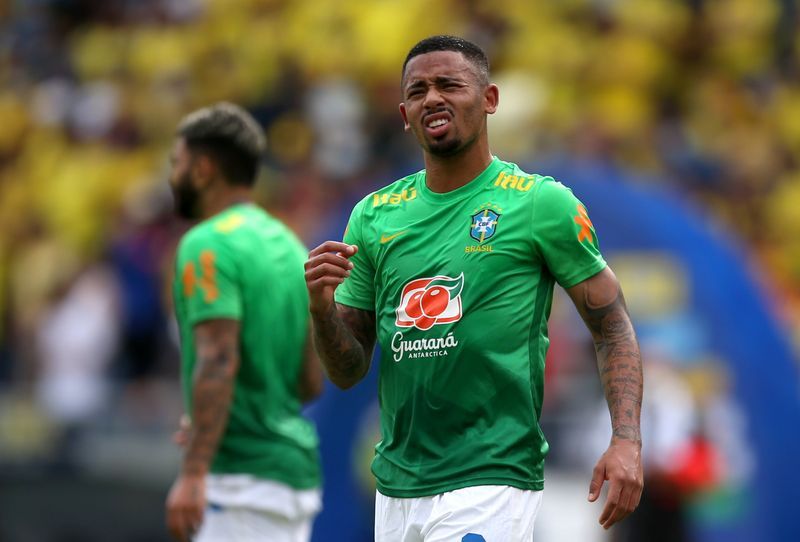 The duo were in World Cup qualifying action against Uruguay in Manaus last Friday and missed Saturday’s 2-0 Premier League victory over Burnley having been asked to travel directly to Belgium for the European game.

The British government said this month that fully vaccinated Premier League players could travel to red-list countries during the international break and train or play when they quarantine for 10 days in “bespoke facilities” on their return.

“They’re in Belgium right now. I think they told me they can play, but we’ll see in which condition we have time to prepare a training session,” Guardiola said.

“Because we have to train here. They’ll not be here, so I have to think about it. We sent them there because the day after Brugge they can come back and make a normal life.

“If they had come back directly to Manchester, they would have been isolated for 10 days in one hotel. We didn’t want that and that’s why they travelled to Belgium. Maybe they’re able to play, that’s the good news.”

City won their Group A opener against RB Leipzig 6-3 before losing 2-0 to Paris St Germain to sit third in the standings.

“I love the pressure. I know what we have to do. We have to win. We know that,” Guardiola added. “We live all the time on the edge. Now we rest. We don’t have much time.”

(Reporting by Shrivathsa Sridhar in Bengaluru, editing by Ed Osmond)

M’sia and Thailand to support each other in IMO bid