Facebook changes name to Meta in embrace of virtual reality 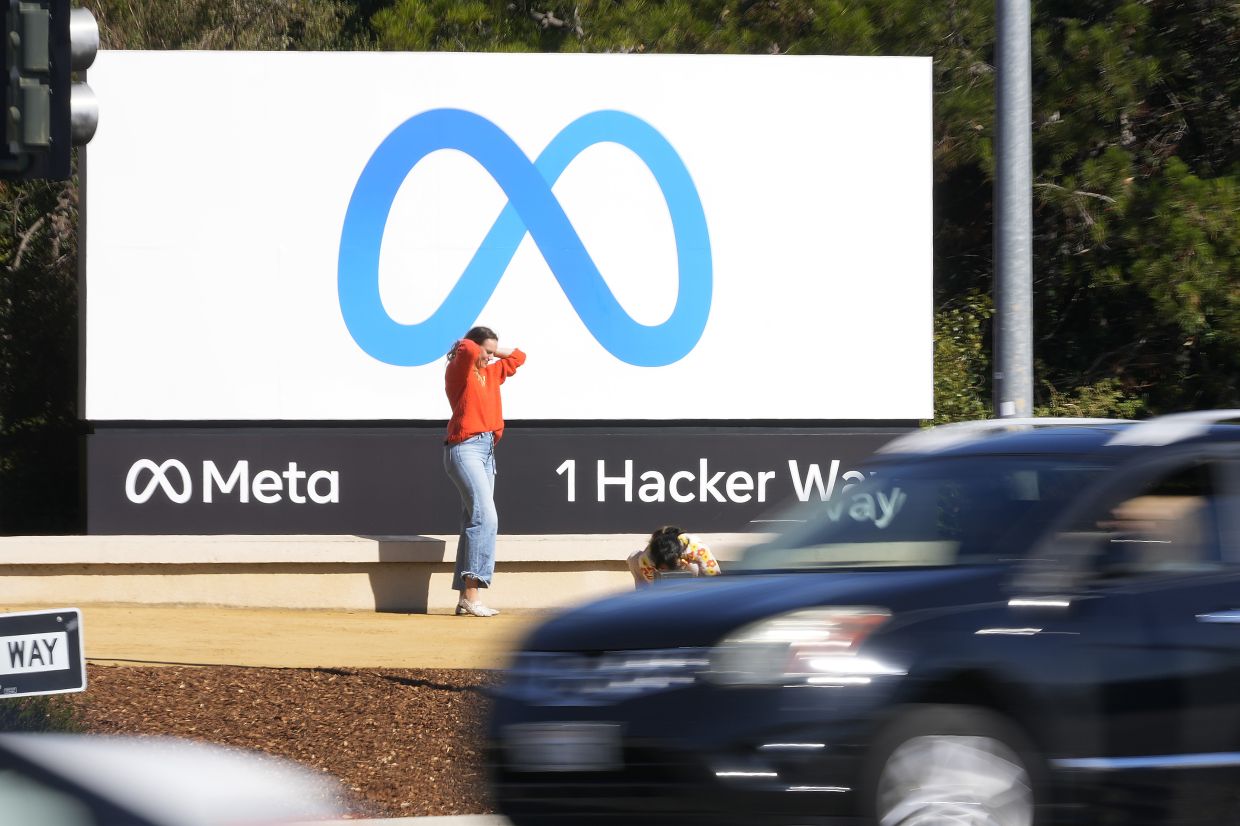 Facebook Inc is re-christening itself Meta, decoupling its corporate identity from the eponymous social network mired in toxic content, and highlighting a shift to an emerging computing platform focused on virtual reality.

“The metaverse is the next frontier,” chief executive officer Mark Zuckerberg said in a presentation at Facebook’s Connect conference, held virtually on Thursday. “From now on, we’re going to be metaverse-first, not Facebook-first.”

The name change is the most definitive signal so far of the company’s intention to stake its future on a new computing platform – the metaverse, an idea born in the imaginations of sci-fi novelists. In Meta’s vision, people will congregate and communicate by entering virtual environments, whether they’re talking with colleagues in a boardroom or hanging out with friends in far-flung corners of the world.

The new name won’t affect how the company uses or shares data, and the corporate structure isn’t changing. The company said its stock will start trading under a new ticker, MVRS, on Dec 1.

The erstwhile Facebook is hoping to parlay its social-media user base, comprising more than three billion people globally, into an audience that will embrace immersive digital experiences through devices powered by augmented and virtual reality software, a business already being aggressively pursued by Meta and its rivals.

“Right now, our brand is so tightly linked with one product that can’t possibly represent everything we’re doing today,” Zuckerberg said, “let alone in the future.”

Adoption of virtual reality gadgets – like Meta’s Oculus headset – has so far been minimal and their use mostly relegated to games and other niche applications. While achieving the broader vision of the metaverse is still years away, at Thursday’s event Meta announced a handful of product updates meant to advance that goal.

The name change follows Meta’s disclosure on Monday that it will start breaking out financial results for the division known as Reality Labs, which includes the Oculus hardware division, next quarter. Meta wants to separate its main digital advertising business from its new investments in AR and VR to let investors see the costs and revenue associated with those efforts. The company also said it will see a US$10bil (RM41.50bil) reduction in operating profit this year because of investments in Reality Labs.

Meta may have other reasons to make changes to its corporate identity. Leaning harder into the metaverse lets the company appear to be diversifying its business at a time when it’s facing new pressures in the social media market. Younger rivals such as ByteDance Ltd’s TikTok are gaining traction among the under-25 age cohort, and Zuckerberg said on Monday he is retooling Meta to focus on attracting young adults again.

Building out the metaverse will also allow Meta to reduce its dependency on mobile operating-system and browser makers such as Alphabet Inc’s Google and Apple Inc to deliver services to consumers. Meta’s third-quarter sales and the fourth-quarter forecast missed analysts’ estimates in part because of Apple’s new rules around the data apps like Facebook and Instagram can collect from iPhone users. The company seems increasingly aware that it doesn’t own the foundations of the digital real estate most users occupy.

“At some point, over the next decade, there is going to be a new computing platform,” said Mark Shmulik, an analyst at Sanford C. Bernstein. “So their view is like when it does change over, we want to be – for lack of a better word – the Apple or the Google.”

Still, Meta is a money-making machine, and has grown to be the sixth most-valuable company in the world by market capitalisation. Revenue is expected to top US$117bil (RM485.55bil) this year, up from US$5bil (RM20.75bil) in 2012, the year Facebook went public. Net income is projected to approach US$40bil (RM166bil) in 2021. The social network has about 24% of the estimated US$200bil (RM830bil) digital advertising market, according to analyst EMarketer Inc, dominating the industry alongside Google, which leads with about 29%.

Meta may also be hoping the name change will divert public conversation from a wave of negative news reports based on the documents collected by former product manager-turned whistle-blower Frances Haugen. The documents, dubbed the Facebook Papers, were disclosed to the US Securities and Exchange Commission and provided to Congress in redacted form by Haugen’s legal counsel. The company is battling accusations that it has misled investors and the public about its user growth, efforts to fight hate speech and disinformation, and how the platform was used to organise the Jan 6 attack on the US Capitol.

Zuckerberg pledged that the metaverse will have privacy standards, parental controls and disclosures about data use that his social network has famously lacked.

“Everyone who’s building for the Metaverse should be focused on building responsibly from the beginning,” Zuckerberg said during a video presentation on Thursday. “This is one of the lessons I’ve internalised from the last five years – that you really want to emphasise these principles from the start.”

Andrew Bosworth, the longtime executive who has been overseeing Meta’s AR and VR products since 2017, has been tapped to take over as chief technology officer in early 2022, a role that includes overseeing the company’s development of the metaverse.

Realising the company’s vision of a widely used metaverse will be an uphill fight. For starters, Meta will have significant competition when Apple releases a rival VR device. Facebook was years behind rival Snapchat with its debut last month of Ray-Ban Stories, smart glasses that can record audio and video but don’t yet have AR capability. Zuckerberg has said that multiple companies should build and contribute to the metaverse with interoperability in mind.

Meta is also likely to face questions from regulators about how it will protect privacy and manage the potential for hateful or harassing content the new digital worlds of the metaverse.

Finally, building out the metaverse is going to require a lot of money up front, with no guarantee the idea will take off. “It’s a significant amount of capital to invest in frankly a nebulous idea at this point,” Shmulik said. “You have to believe you’re going to get the use-case correct that’s going to drive consumer adoption.”

The social network in the past has sought to put the Facebook imprint front and center on more of its products. In late 2019, it tried to make clearer that many of the most popular social apps, like Instagram and WhatsApp, are Meta-owned products, while simultaneously creating a distinction between the corporation and the flagship app.