Emmys kicks off with ‘Game of Thrones’ tipped for glory 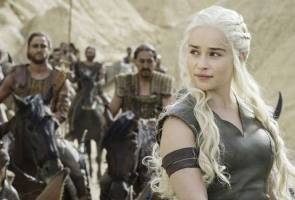 HBO’s fantasy epic series picked up nine statuettes at last weekend’s Creative Arts Emmys, which reward behind-the-scenes achievement, giving it a total haul over the years of 35 — more than any other drama series.

But the glitzy annual ceremony in downtown Los Angeles, when the Emmys in top categories will be handed out, could see it pass the 37 won by long-running sitcom “Frasier.”

Previous Formula One: Rosberg holds off Ricciardo to seize championship lead
Next Tom Hiddleston Smolders on the Red Carpet at the 2016 Emmy Awards Without Taylor Swift