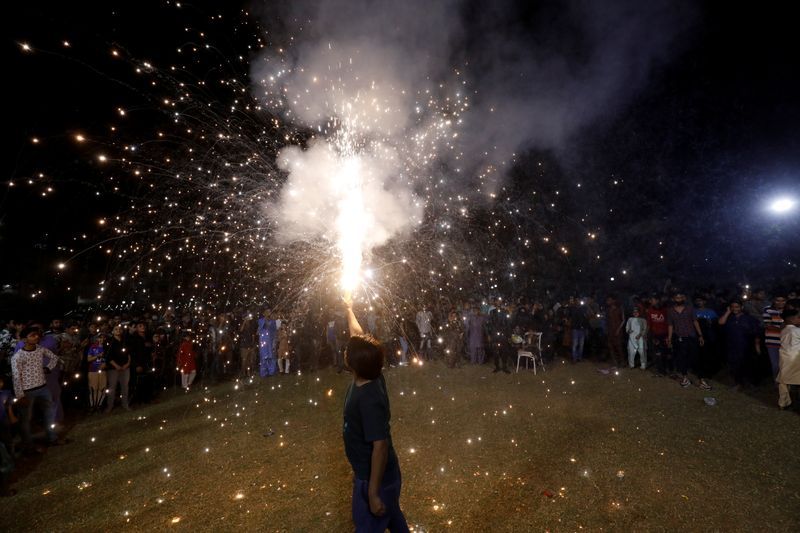 “Congratulations to the Pakistan Team & esp(ecially) to Babar Azam who led from the front, as well as to the brilliant performances of Rizwan & Shaheen Afridi,” said Prime Minister Imran Khan, who led Pakistan to triumph in the one-day World Cup in 1992.

“The nation is proud of you all,” he tweeted.

His congratulations were echoed by the chief of the army staff, underlining the political symbolism of the win.

The two neighbours have clashed repeatedly over the years, most recently in 2019 when Indian jets launched a raid into Pakistan over a militant attack in Indian-controlled Kashmir that killed 40 police.

On the field, however, players from both sides embraced and chatted warmly after the match.

In Pakistan’s largest city Karachi, fans poured onto the streets immediately after the final ball was bowled, waving Pakistani flags from motorcycles and car windows.

Pakistani media also reported loud celebrations in parts of Indian-controlled Kashmir, a Muslim majority region that has been at the heart of much of the tension between the two countries.

Share
Previous At least 25, including minors, died in illegal refinery blast in Nigeria
Next Football: Soccer-Klopp calls 5-0 win at United an “insane result”