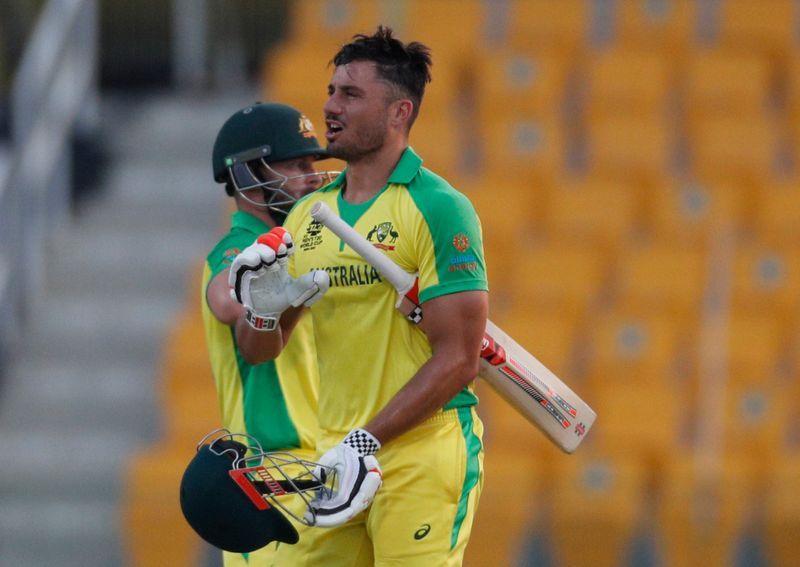 ABU DHABI (Reuters) – Marcus Stoinis and Matthew Wade combined in a crucial 40-run stand to help Australia beat South Africa by five wickets in a low-scoring thriller in their opening Super 12 clash in the Twenty20 World Cup on Saturday.

Stoinis and Wade held their nerve superbly during an unbroken sixth-wicket stand to take Australia past their 119-run target with the win coming with two balls remaining.

Replying to South Africa’s total of 118 for nine, Australia lost three quick wickets at the top and found themselves under pressure against some accurate bowling.

Steve Smith, who made 35, and Glenn Maxwell added 42 for the fourth wicket to keep Australia on course but South Africa came roaring back into the see-saw contest by dismissing both in the space of four deliveries to reduce their opponents to 81-5.

But Stoinis then hit 24 off 16 while Wade contributed 15 runs to shut out South Africa’s chances.

With Group One loaded with six test-playing nations, both Australia and South Africa — who have never won the tournament before — were desperate to get off to a winning start in the opening match of the Super 12 stage.

Australia made a bold call in leaving out left-arm spinner Ashton Agar – their top-ranked T20 international bowler – but Finch had enough firepower at his disposal to put South Africa on the backfoot from the onset.

South Africa did not recover from the shaky start and with Australia picking up wickets at regular intervals, they never threatened to post a big total.

Aiden Markram’s 36-ball 40 and Kagiso Rabada’s useful unbeaten 19 lower down the batting order helped the Proteas past the 100-run mark.

The manpower challenge | The Star

Fundraising for Latam fintechs likely to be under pressure

Covid-19: Over 86% of adolescents in Malaysia fully vaccinated