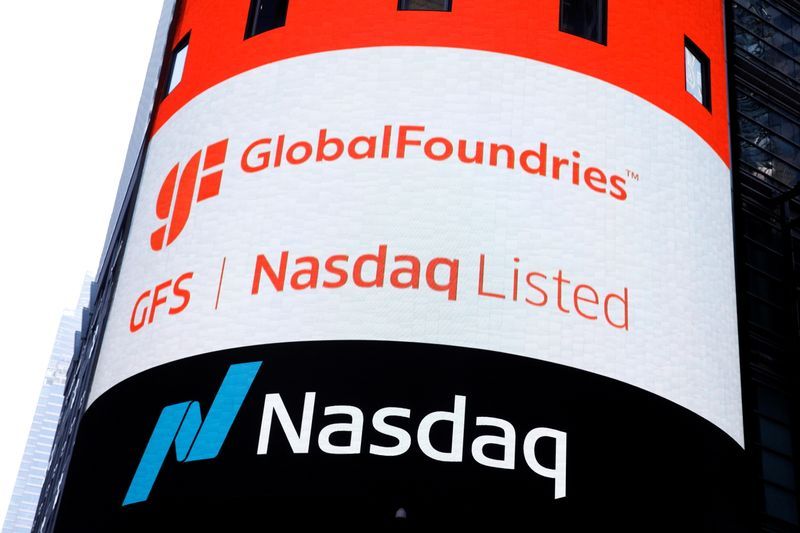 (Reuters) -Shares of GlobalFoundries Inc, which is owned by Abu Dhabi’s sovereign wealth fund Mubadala Investment Co, opened flat on Nasdaq on Thursday, giving the chipmaker a market capitalization of about $26 billion.

GlobalFoundries priced its IPO, which is the third largest in the United States so far this year, at $47 a share. Only South Korean e-commerce giant Coupang and ride hailing company Didi Global have had larger stock market floats this year.

GlobalFoundries, which disclosed a 13% revenue growth for the six months ended June 30, has benefited from surging demand for chips, due to a global shortage that has forced automakers and other electronics firms to cut production.

Moreover, the IPO market in the U.S. has never been stronger, numerous other big names such as Coinbase Global Inc, Robinhood Markets Inc and gaming platform Roblox have already gone public this year. Electric-vehicle maker Rivian is also expected to list its shares in the coming weeks.

U.S. IPOs have raised an all-time record of over $250 billion so far this year, according to data from Dealogic.

The company, which makes radio-frequency communications chips for 5G, automotive, and other specialized semiconductors, counts AMD and Broadcom Inc among its customers.

GlobalFoundries is the world’s third-largest foundry by revenue behind Taiwan Semiconductor Manufacturing Co Ltd and Samsung Electronics Co Ltd, but ranks second when factoring out Samsung’s foundry business that makes chips for other elements of the South Korean firm.

Mubadala, which has a majority stake in GlobalFoundries, will hold 89.4% of the company’s shares and voting power after the offering.

Funds affiliated with Silver Lake have bought nearly $75 million worth of shares as part of a so-called private placement held alongside the IPO.