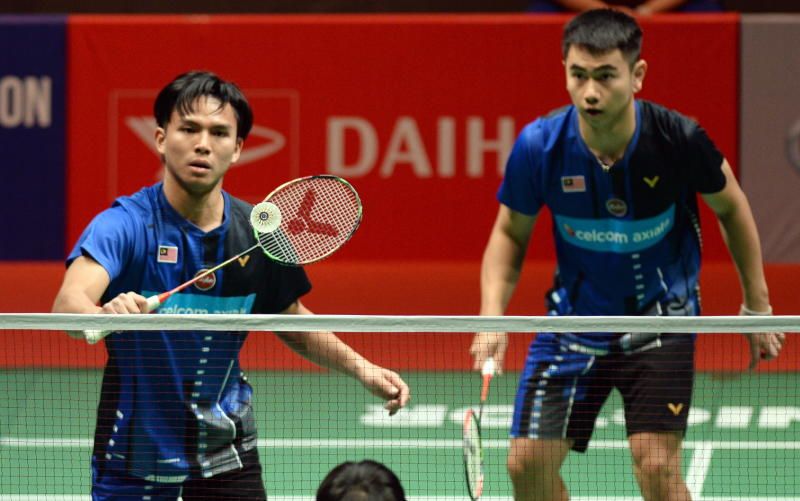 PETALING JAYA: Shuttlers Goh Sze Fei-Nur Izzuddin Rumsani stunned India’s top pair for the first time to reach the quarter-finals of the Denmark Open in a day of contrasting fortunes for Malaysia in the men’s doubles.

Sze Fei-Izzuddin defeated Satwiksairaj Rankireddy -Chirag Shetty 14-21, 21-15, 21-15 to set up a meeting with fourth seeds Fajar Alfian-Muhammad Rian Ardianto of Indonesia in the last eight in Odense on Thursday.

It was Izzuddin-Sze Fei’s first win against the world No. 10 Satwiksairaj-Chirag in five meetings.

They will play Mark Lamsfuss-Marvin Seidel of Germany, who had upset second seeds Mohd Ahsan-Hendra Setiawan of Indonesia in the opening game on Wednesday.

National No. 1 Aaron Chia-Soh Wooi Yik were unable to make it a triple joy for Malaysia in the men’s doubles when they went down 19-21, 13-21 to unseeded Akira Koga-Taichi Saito of Japan.

In the men’s singles, Lee Zii Jia will face Viktor Axelsen of Denmark in the quarter-finals.

World No. 2 Axelsen is the only Dane left standing in the men’s singles after the defeat of Anders Antonsen in the second round. Antonsen lost 14-21, 18-21 to Sameer Verma of India.

In the mixed doubles, Tan Kian Meng-Lai Pei Jing kept Malaysia’s challenge alive when they fought hard to beat South Koreans Ko Sung-hyun-Eom Hye-won 18-21, 21-18, 21-13 in the second round. They play Yuta-Watanabe-Arisa Higashino of Japan next.