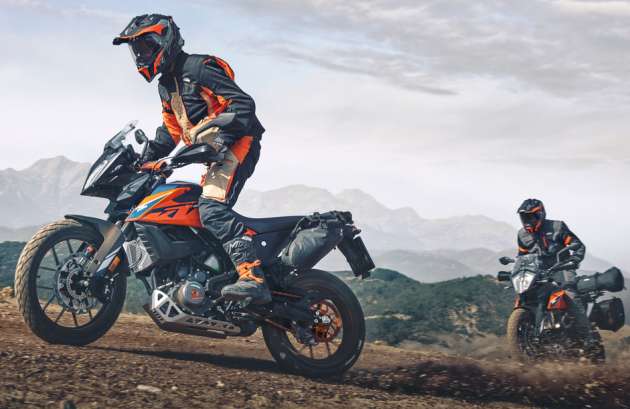 Getting updates for the upcoming year is the 2022 KTM 390 Adventure, which is priced at RM30,800 in Malaysia for the 2021 model. The 390 Adventure gets new graphics in two version, bringing its styling closer to the larger models in KTM’s adventure-tourer range.

Also updated is the 390 Adventure’s traction control, which now offers two modes – Off-road and Street. In Off-road mode, the trigger point for the system is set a little softer and less sensitive, allowing for a limited amount of rear wheel spin and easing handling on slick surfaces.

While in Offroad mode, should the rider fall or the engine cut out, the 390 Adventure’s ECU will remain in the same mode on startup. This means there is no need for the rider to reset the traction control from the default Street mode should the engine momentarily stop. 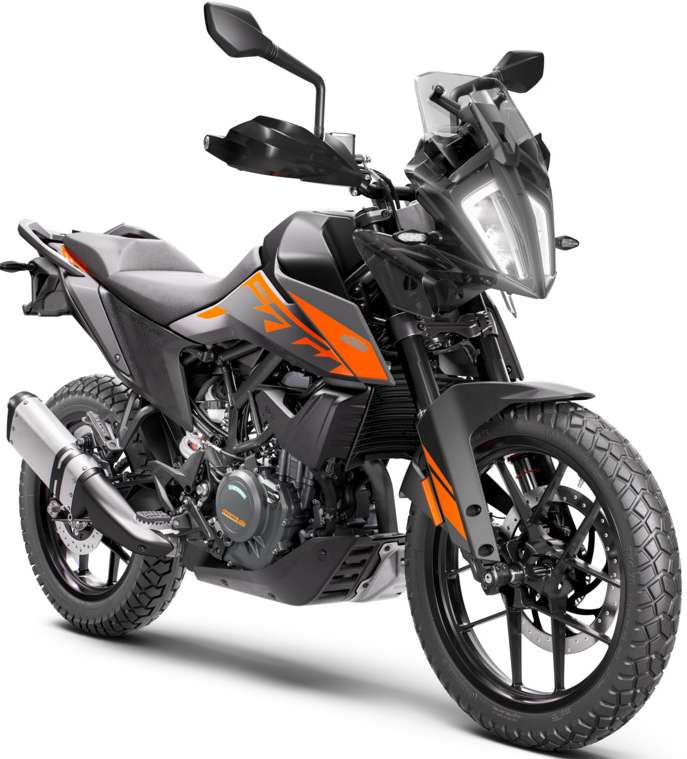 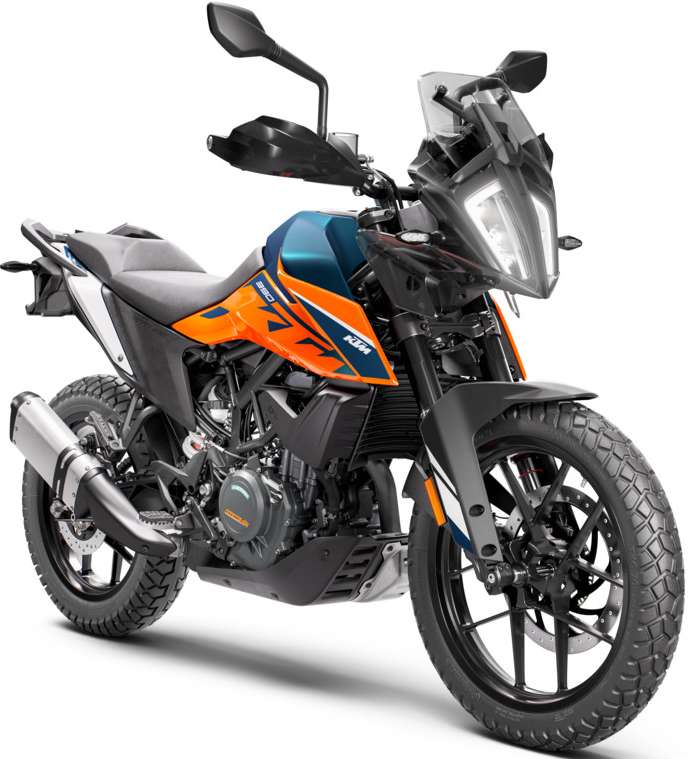 The wheels on the 390 Adventure are also upgraded, with the aluminium alloy 9-inch front and 17-inch rear beefed up for rough duty, shod with Continental TKC 70 tyres. According to KTM, the new five-spoke wheel is both stiffer and more resilient compared to the previous six-spoke wheels.

Everything else in the mechanical and electronics departments stay the same, with power coming from a liquid-cooled single-cylinder engine displacing 373 cc and producing 43 hp and 37 Nm of torque mated to a six-speed transmission fitted with a slipper clutch. Other equipment on the KTM 390 Adventure includes 43 mm diameter adjustable WP upside-down forks, Bybre brakes with two-channel ABS, 14.5 litre fuel tank, lED lighting and a TFT-LCD instrument panel measuring 5-inches across.