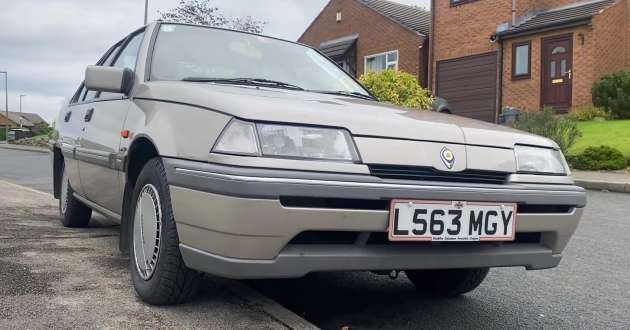 Last month, social media was abuzz when a YouTuber in the United Kingdom discovered and bought a 1994 Proton Saga Iswara that had been left in a barn for well over a decade. Despite all the time being hidden away from the world, the car was well preserved and was found to be in pretty good condition.

The car in question currently belongs to Stephanie Holloway from idriveaclassic, who recently posted a new video providing a status update on her purchase. According to Holloway, the Saga Iswara has been pretty much problem-free so far, with only some minor work required.

So far, the car has only undergone basic maintenance servicing like an oil change as well as a new set of tyres. Holloway has also been using her Saga Iswara regularly, adding 5,150 km to the odometer that showed just 17,259 km (10,724 miles) when the car was still under wraps in the barn. 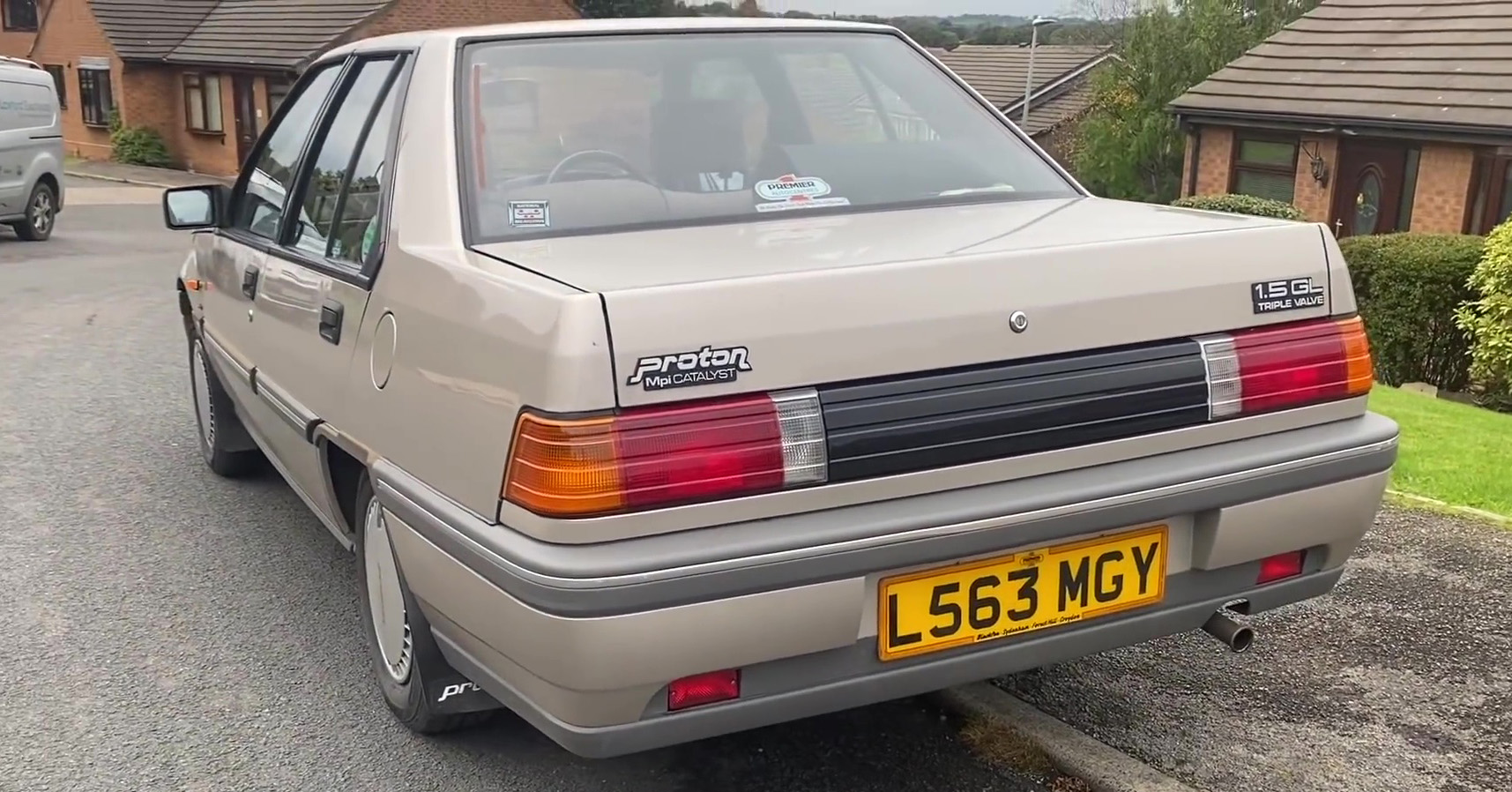 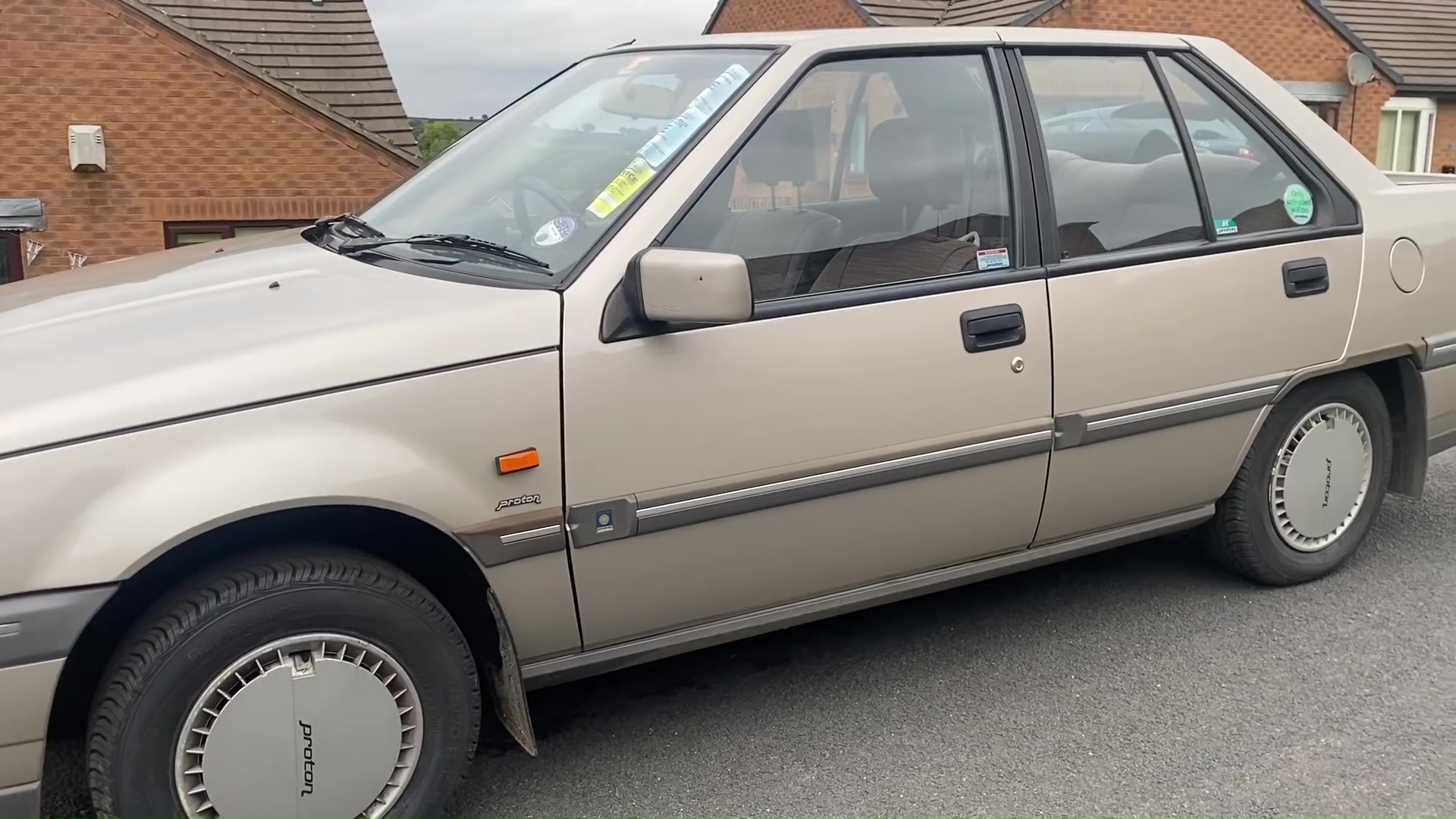 She also noted that she uses E5 petrol in the Saga Iswara, which contains 5% ethanol content and is more expensive than E10 petrol with a 10% ethanol content. This is to preserve the engine’s health because some cars – old and modern – are not compatible with E10 petrol, and she doesn’t want to “muck it up for the sake of a few quid at the petrol pump.”

As for future plans, Holloway will be attending the NEC Classic Car Show scheduled to take place next month, but she’s undecided about which car to bring. The Saga Iswara is part of her options, alongside a Morris Marina that still isn’t ready and a Triumph 1300, so she’s asking the public for opinions. If you want the Saga Iswara to be at the event, flood the comments section in the video.

For a brief recap, this particular Saga Iswara was an export model for the UK came fitted with an electronic fuel injection system for the 12-valve (remember Megavalve?) 4G15P 1.5 litre four-cylinder engine instead of a carburetor in order to comply with homologation requirements there. The interior is also a little different from what we had, as it featured a dashboard and steering wheel from the Mitsubishi Lancer Fiore. While stored, the car was never exposed to sunlight, which undoubtedly helped in ensuring the original paintwork, lights and panels looked immaculate. The previous owner added underseal protection to prevent rust, while the interior and all its fitments still look like new.

Meanwhile, the engine bay was in pretty good nick too, as discovered by Matt Richardson of furiousdriving prior to Holloway coming to view the car. The 4G15P fired up without much fuss after a new battery was installed and while still using the decade-old petrol in the fuel tank, with car rolling out of the barn.

It isn’t known why the car was kept in the barn for so long, but Richardson did say the car was almost sent to be scrapped when the family wanted to clean out the barn. Fortunately, one of the owner’s family members suggested that the car be sold, which thankfully, it was.