Breaking News
Home / English News / Why is the chair emoji causing a sensation on social media?

Why is the chair emoji causing a sensation on social media? 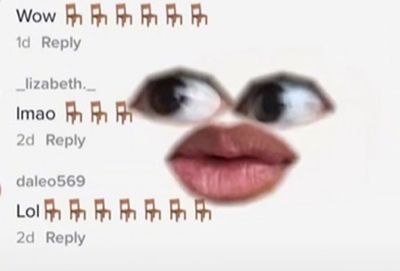 Why are we seeing the chair emoji everywhere in comments on social media posts? It’s a new trend that is storming the platforms. Is it to show support for a particular movement? A feminist statement? Am anti-racist symbol? Nope, none of the above. It all started with… a joke! Hold on to your chair, we’ll explain everything.

It all started on TikTok, as is so often the case. It was user Anthony Mai, aka @blank.antho, who single-handedly kicked off this movement on TikTok in early August. The goal is simple: replace the laughter emoji with the chair emoji to indicate when something is funny. A joke or “inside joke” intended to be insider knowledge among a small circle of users. A small circle that has grown. Since its publication, the video has accumulated more than 1.4 million views on the platform.

Since then, users of the China-based platform seem to have embraced the concept of the chair emoji. In the comments of the videos, many users are now using this emoji. Even the official accounts of Among Us and Xbox have participated in this giant, somewhat strange 2.0 joke.

In fact, it’s been such an online success that the official account of TikTok has consecrated this somewhat odd trend by making a TikTok with one of the most popular sounds on the platform right now, an extract of the song Twinkle Song by Miley Cyrus. Published on Sept 19, on the social network, the video has already reached half a million views.

In the comments section, the Chinese giant addressed Anthony Mai: “What have you done @Anthony Mai” followed by two chair emojis. TikTok even went so far as to modify the biography of its profile to include this crazy trend: “It Starts On TikTok” followed by three chair emojis.

The chair emoji craze has even reached Twitter. On the social network of the little blue bird, many are wondering about the viral presence of the chair emoji in the comments. – AFP Relaxnews