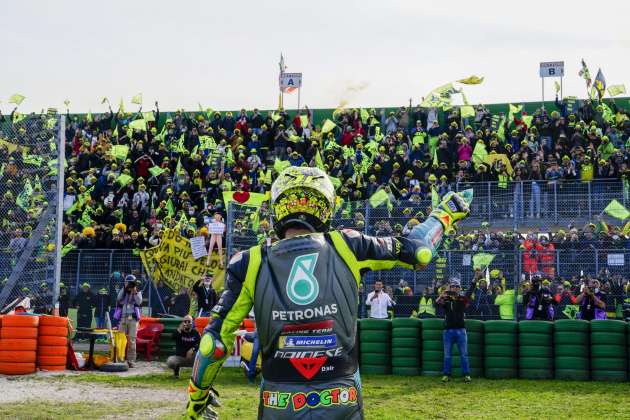 An end of an era in MotoGP as Valentino Rossi, arguably the single person most responsible for making MotoGP and motorcycle racing in general a mainstream sport, made a final appearance in front of Italian race fans. Perhaps this is not quite accurate, as Rossi will still be involved in racing motorcycles through his VR46 academy and his race teams in Moto3, Moto2 and MotoGP.

In way of homage an gratitude, Sky VR46 Avintia and Sky Racing Team VR46 showed a farewell livery on its race bikes draped in the Doctor’s trademark fluorescent yellow. In the MotoGP race, Rossi crossed the finish line in tenth place with two races left in the 2021 MotoGP season – Portugal and Valencia.

In a MotoGP career spanning 21 years from 2000 to 2021, Rossi started racing in the big leagues with his first appearance in the 125 cc Motorcycle Grand Prix class, riding an Aprilia RS125 for Scuderia AGV Aprilia and finishing ninth in the season. The following year, Rossi won the 125 cc championship with Nastro Azzuro Aprilia before moving up to the 250 cc class the following year. 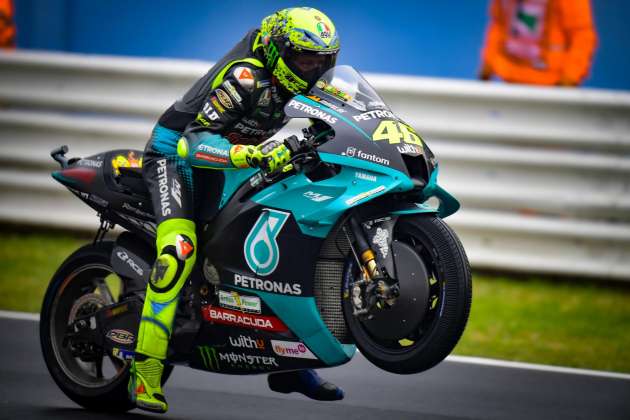 Now riding an Aprilia RS250, Rossi finished second in his debut 250 cc year, before winning the championship next year, in 1999. Moving up to the premier class, at the time still on 500 cc two-stroke race machines, Rossi rode a Honda NSR500 for Nastro Azzuro Honda, winning the last ever 500 cc Grand Prix championship in 2001.

The following year, with the move to four-strokes, Rossi moved to Repsol Honda Team, a move that caused controversy amongst Italian race fans who were not particularly pleased to see their favourite riding for a Spanish team. Handing two world championships to Honda, back-to back, Rossi then began his riding partnership with Yamaha, winning the next two championships and extending his unbroken winning streak to five. 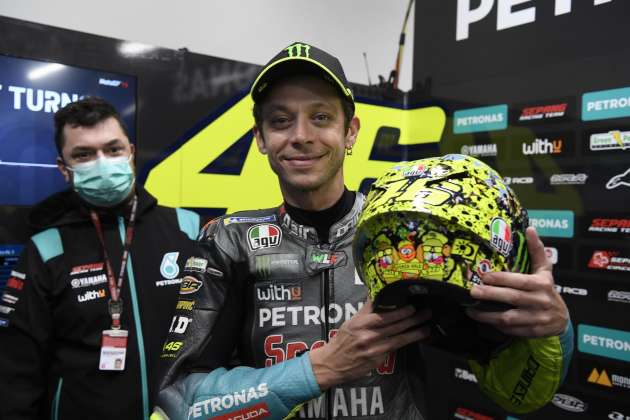 A two-year lull followed, before Rossi returned with back-to-back championship wins, again, in 2008 and 2009 with Fiat Yamaha Team. A decline in Rossi’s racing fortunes followed, before he showed again strongly with three second place championship finishes in a row from 2014 to 2016 and a third place in 2018.

While Rossi has remained fairly tight lipped about his plans after the 2021 MotoGP season, it is reasonably expected that he will be involved with top flight motorcycle racing in one form or another, as hinted at during his retirement announcement in July of this year. In the meantime, motorcycle race fans are wishing Rossi a big “thank you” for his two decades and a bit in MotoGP.