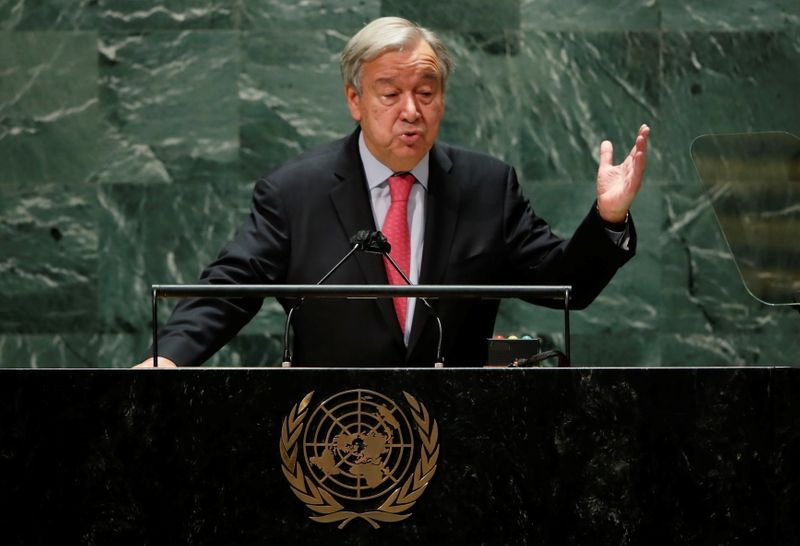 ROME (Reuters) – United Nations Secretary General Antonio Guterres warned on Friday that the world was “careening towards climate catastrophe” and said leaders of the Group of 20 wealthy nations must do more in many areas to help poorer countries.

Speaking on the eve of a summit of G20 leaders, Guterres told reporters there were “dangerous levels of mistrust” between major powers. He said he hoped the forthcoming two-day meeting would help overcome that.

Guterres specifically urged the G20 to funnel more funds to impoverished nations and make good on a previous commitment to provide $100 billion a year to help developing countries tackle the growing problems tied to climate change.

“Unfortunately, the message to developing countries is essentially this, the cheque is in the mail. On all our climate goals, we have miles to go. And we must pick up the pace,” Guterres said.