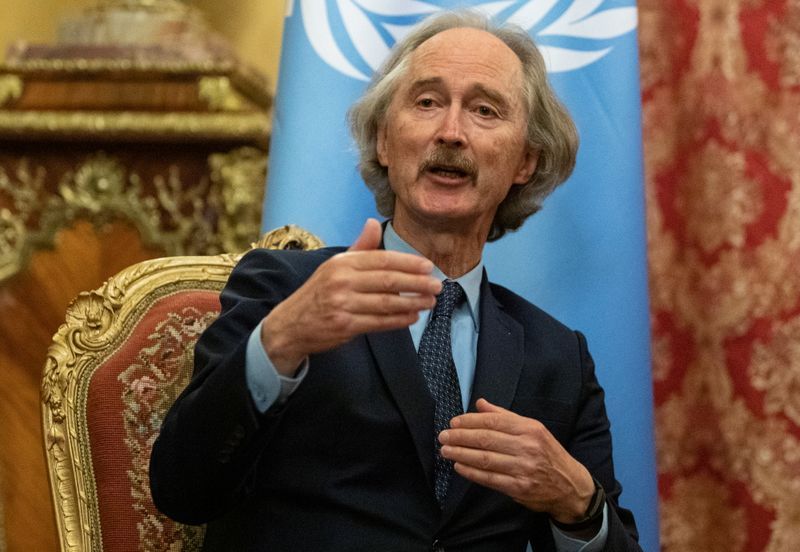 GENEVA (Reuters) – The United Nations Special Envoy said on Sunday that the government and opposition co-chairs of the Syrian Constitutional Committee agreed to start a drafting process for constitutional reform in the country.

Geir Pedersen, speaking to reporters in Geneva after meeting the Syrian co-chairs ahead of week-long talks, said they had agreed to “prepare and start drafting constitutional reform.”

The talks will be the sixth round in two years and the first since January.