U.S. seeks answers from Kazakhstan on need for Russian-led troops 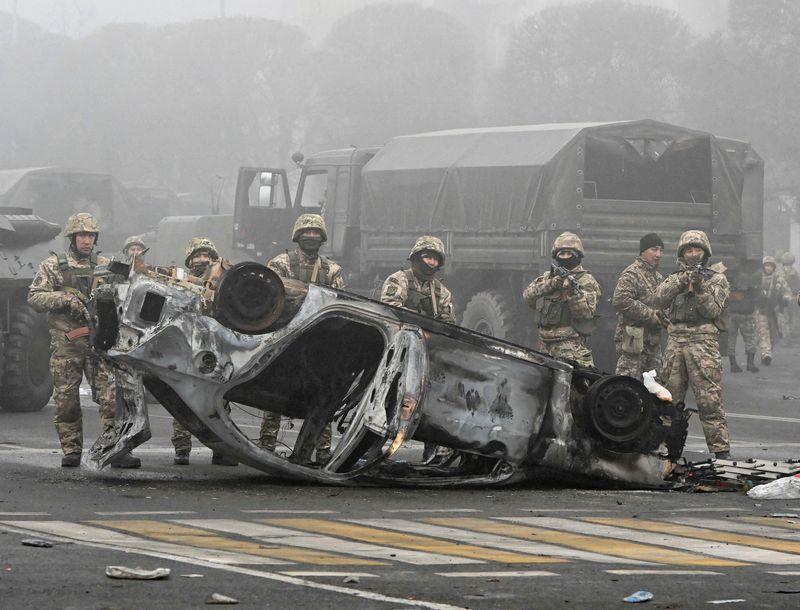 WASHINGTON (Reuters) – U.S. Secretary of State Antony Blinken said on Sunday that Washington was seeking answers from Kazakhstan officials on why they needed to call in Russian-led security forces to resolve domestic unrest, and he denounced the government’s shoot-to-kill order.

“We have real questions about why they felt compelled to call this organization that Russia dominates,” Blinken said in an interview on CNN’s “State of the Union” broadcast, adding that Kazakhstan should be able to deal with the protests peacefully. “We’re asking for clarification on that.”

Kazakhstan authorities said on Sunday they had stabilised the situation across the country after the deadliest outbreak of violence in 30 years of independence, and troops from the Russian-led military alliance were guarding “strategic facilities”.

Russia sent in troops last week and Kazakhstan’s government authorized the use of deadly force to quell the unrest.

“The shoot-to-kill order, to the extent it exists, is wrong and should be rescinded,” Blinken said on Sunday on ABC’s “This Week.”

Blinken said on Friday that Kazakhstan might have a hard time getting rid of Russian troops, prompting an angry response from Russia.

“One lesson of recent history is that once Russians are in your house, it’s sometimes very difficult to get them to leave,” Blinken said.

Russia responded angrily on Saturday, saying the United States should reflect on its own interventions in countries such as Vietnam and Iraq.

“If Antony Blinken loves history lessons so much, then he should take the following into account: when Americans are in your house, it can be difficult to stay alive and not be robbed or raped,” Russia’s foreign ministry said on its Telegram social media channel.

The ministry said the deployment in Kazakhstan was a legitimate response to Kazakhstan’s request for support from the Collective Security Treaty Organisation, an alliance of ex-Soviet states that includes Russia.