Breaking News
Home / Automotive / Toyota is the most valuable automotive brand in 2021 – Mercedes ahead of BMW; Tesla trumps Audi, Porsche

Toyota is the most valuable automotive brand in 2021 – Mercedes ahead of BMW; Tesla trumps Audi, Porsche 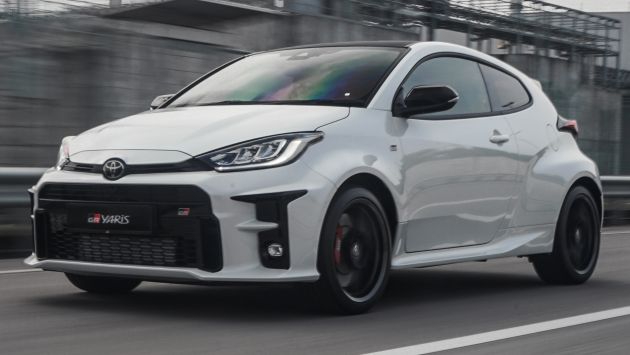 Interbrand has just released the list for 2021’s most valuable global brands, and once again, Toyota is at the top of the automotive chart with a brand value of US$54.107 billion (RM225 billion). 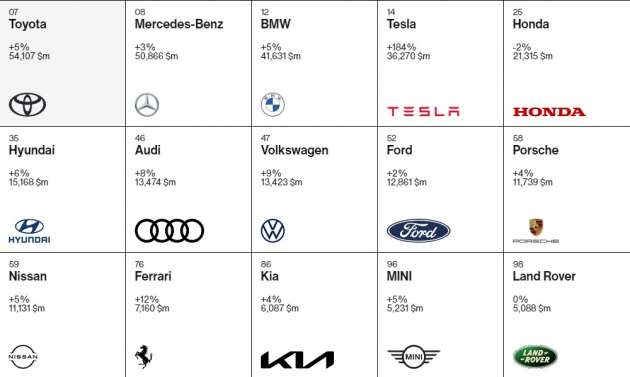 In terms of overall rankings, Toyota is ranked seventh, with Apple (US$408.251 billion; RM1.69 trillion), Amazon (US$249.249 billion; RM1.03 trillion) and Microsoft (US$210.191 billion; RM872 billion) taking the top three spots respectively. Google is in fourth place, followed by Samsung and Coca-Cola in fifth and sixth positions.

The Interbrand rankings are based on three key components that contribute to a brand’s cumulative value – the financial performance of the branded products and services; the role the brand plays in influencing customer choice; and the strength the brand has to command a premium price or secure earnings for the company.

DeFi: Over US$10.5bil of cryptoassets stolen this year

Football: Soccer-Man City will be his only Premier League club, Guardiola says

Perikatan Nasional to contest in all 14 parliament, 42 state seats in Pahang in GE15