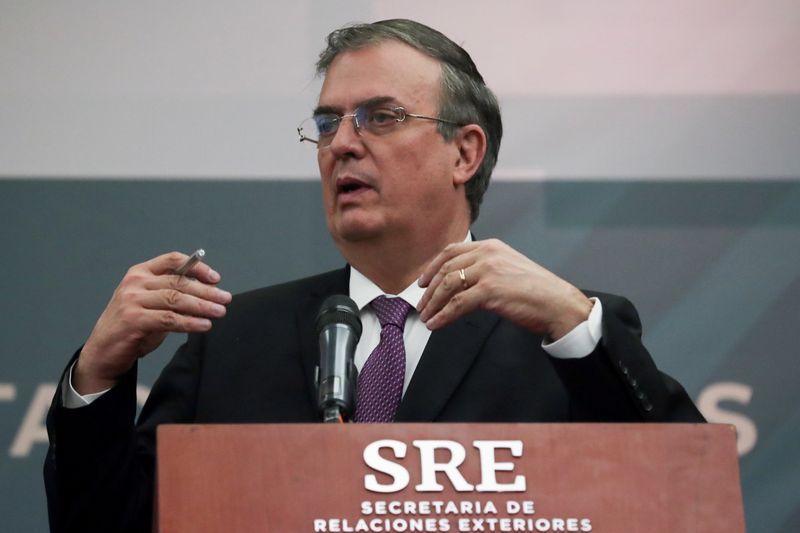 MEXICO CITY (Reuters) – Mexican Foreign Minister Marcelo Ebrard on Tuesday defended his role in building a metro rail during his time as Mexico City mayor, a day after officials ordered 10 people and companies to face charges for the line’s deadly collapse.

The Mexico City Attorney General’s office on Monday said it would present charges for homicide, injuries and property damage tied to the May accident, which killed 26 people.

Ebrard, who oversaw the project while serving as mayor between 2006 and 2012, has repeatedly rejected the notion of any wrongdoing in the line’s construction, which was found to have significant flaws by an independent auditor.

“It is very difficult for the mayor to supervise … a consortium with many companies participating. I did what I had to do, otherwise I would not be here, I could not show my face,” Ebrard said at a news conference. “Those who are charged will soon present their defenses.”

The Attorney General’s office did not name the people set to be charged. It said in a statement they include 10 individuals and the legal representatives of companies who have been called to appear before a judge on Oct. 25 to hear charges.

Khairy: SOP for S’wak polls to be finalised by Nov 30

Bangladeshi student escapes the gallows for trafficking 3.8kg of ganja