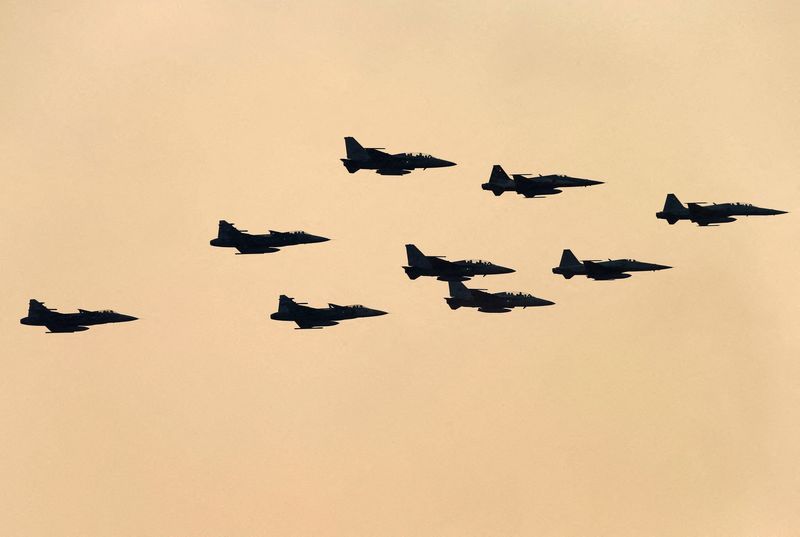 BANGKOK (Reuters) – Thailand’s cabinet has backed a plan to buy four fighter jets starting in the next fiscal year, an air force spokesman said on Wednesday, with a budget of 13.8 billion baht ($413.67 million) set aside for the procurement.

The cabinet has agreed the budget for a four-year period starting in the 2023 fiscal year, to replace some of the country’s aging F-16 jets, air force spokesman Air Vice Marshal Prapas Sornchaidee told reporters.

Thailand’s currently has 12 JAS-39 Gripen fighter jets made by Sweden’s Saab and dozens of American F-16 and F-5 jets, some of which have been in operation since the late 1980s.

Napadej last month expressed a preference for the stealthy, fifth-generation F-35 because its price had fallen since it first hit the market.

The first F-35A cost $221 million in 2007 but as production quantities and know-how increased, the price fell https://reut.rs/33oKoR2 to about $79 million as of July last year as it gained appeal and buyers in more than a dozen countries.

Spokesman Prapas said the type of aircraft to buy would be decided by two committees tasked with assessing the suitability of different aircraft.

Ukraine: US could sanction Putin if Russia invades, Biden says