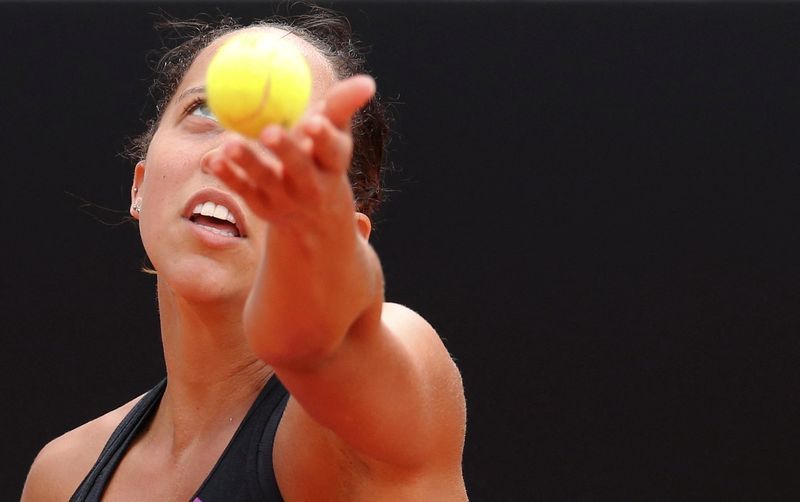 (Reuters) – American Madison Keys brushed past Ukrainian second seed Elina Svitolina 6-2 6-4 in the opening round of the Adelaide International on Monday.

Keys sent down 14 aces and won 84.8% of her first serve points in a dominant performance as she wrapped up the win in an hour 17 minutes.

The American got off to a rip-roaring start, breaking Svitolina’s serve twice in the first four games of the match to race into a 4-0 lead, before closing out a strong opening set with a couple of comfortable service holds.

The 87th-ranked Keys kept her foot planted on the gas in the second set, forcing Svitolina to defend a break point in the first game and then breaking minutes later to take a 2-1 lead, which she rode on to take the set 6-4.

“I’m pretty happy with that. My returning was the biggest part of my game tonight, it’s what helped me get ahead,” Keys said.

“I’m trying to make myself live in the moment a little more. Last year I got a little too wrapped up in winning and losing and wasn’t loving playing tennis as much.”

Czech sixth seed Marketa Vondrousova fought back from a set down to beat Viktorija Golubic 5-7 6-4 6-3 and set up a clash against Croatia’s Ana Konjuh.

“It was a good level from my side. It wasn’t the best match overall, but I’m happy with the result,” Paul said.

(Reporting by Aadi Nair in Bengaluru; Editing by Christian Radnedge)