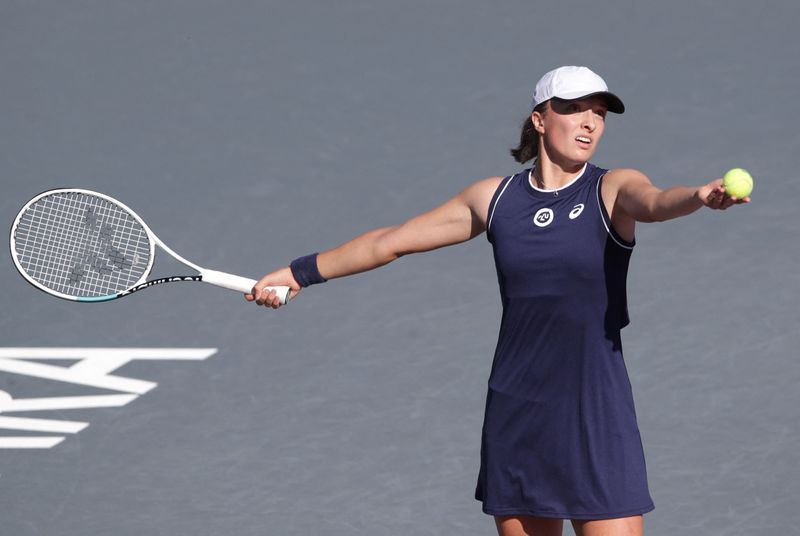 Swiatek, the 2020 Roland Garros winner, took control of the match from 1-1 in the first set and capitalised on Fernandez’s misfiring serve to wrap up the victory in 75 minutes at the Australian Open warm-up event.

The Pole, ranked fifth at this year’s tournament, hit 17 winners against her 19-year-old opponent and did not face a break point as she extended her winning streak in Adelaide to seven matches.

“I was playing against a younger girl, which is pretty new for me,” Swiatek, 20, said. “She’s pretty talented and she’s a Grand Slam finalist, so I knew it was going to be tricky.

“I felt really confident and I’m pretty happy that I could finish it really quickly and I didn’t let go of focus.”

Swiatek, who defeated Belinda Bencic to win last year’s title, will face either two-time major champion Victoria Azarenka or local favourite Priscilla Hon in the next round.

(Reporting by Hritika Sharma in Bengaluru)