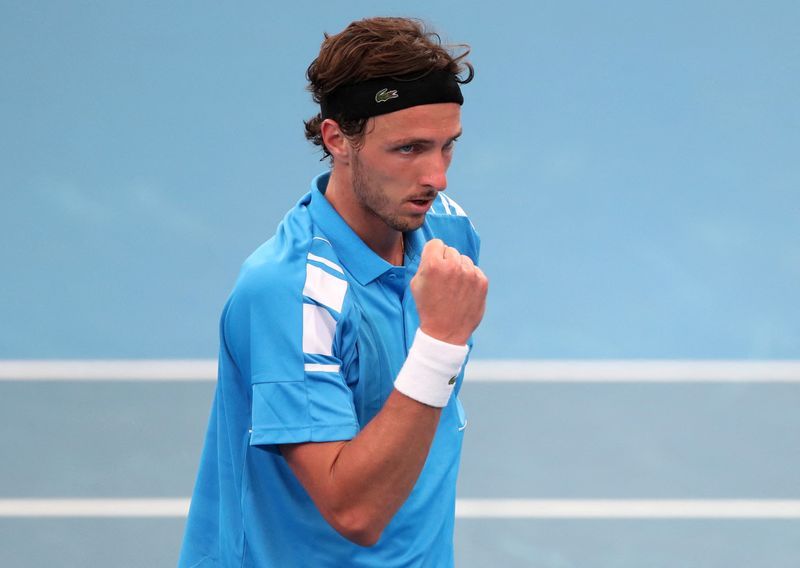 Arthur Rinderknech of France upset third-seeded Karen Khachanov of Russia 7-6 (7), 7-5 on Thursday to move into the semifinals of the Adelaide International 2 in Adelaide, Australia.

Rinderknech won 82 percent of the points on his first serve and staved off four of five break points in the match. In the semifinals, he will meet fellow Frenchman Corentin Moutet, a qualifier who beat Thiago Monteiro of Brazil. Rinderknech will be playing in his second tour-level semifinals, with Moutet in his third.

The other semifinal will feature fourth-seeded Marin Cilic of Croatia against Thanasi Kokkinakis of Australia. Cilic was a 6-4, 2-6, 6-3 winner over American Tommy Paul, while Kokkinakis ousted countryman Aleksandar Vukic 6-7 (5), 6-3, 6-2 in two hours, 16 minutes. Kokkinakis also reached the semifinals in the first Adelaide tournament last week.

Karatsev next will meet third-seeded Daniel Evans of Great Britain, who topped American Maxime Cressy 6-4, 7-6 (5) in one hour and 52 minutes. Evans won his first tour-level title in Australia last season at the Murray River Open in Melbourne.

Moving into the other semifinal was three-time Grand Slam winner Andy Murray of Great Britain, who advanced after eighth-seeded David Goffin of Belgium retired with a knee injury. Murray won the first set 6-2.