KUALA LUMPUR (Bernama): A total of 362 victims of human trafficking victims were rescued in the first eight months of this year.

Superintendent of Coordination/Investigation/International Relations of Bukit Aman Anti-Human Trafficking and Anti-Smuggling of Migrants Division (D3) Supt Hazril Kamis (pic) said the victims were rescued in 77 raids conducted during that period.

He said most of the victims were from Bangladesh, Indonesia and India.

"They were exploited for the purpose of serving as temporary forced labourers and sex slaves,” he told Bernama recently.

Hazril also said during the same period, 95 victims were given Protection Order (PO) and 163 syndicate members were arrested. KUALA LUMPUR: A 61-year-old IT software engineer lost more than RM1.2mil of her life savings to a Macau scam.

"The scammers told her that they were from the Inland Revenue Board (LHDN) and that she had been flagged for unpaid taxes and money laundering. Her call was also transferred to the 'police' where she was told that her name was listed as wanted by the authorities.

"They then instructed her to pass all financial information such as pay slips, insurance statements and information on stocks held by her. She was then told to transfer monies, including from her Employees Provident Fund (EPF) to a newl 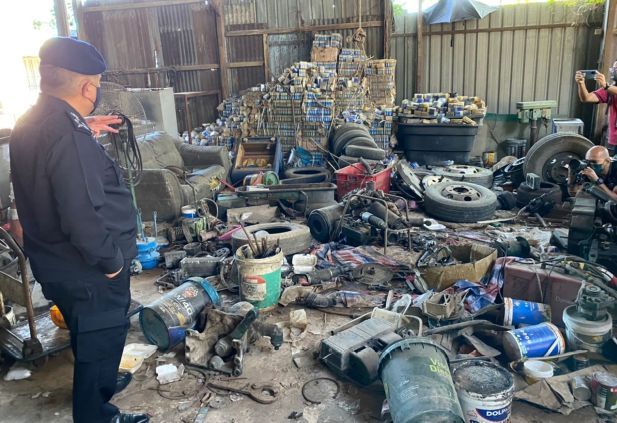 GOMBAK: Police here have crippled a syndicate that profited from selling and modifying stolen lorries.

“The first arrest was made on Sept 18 after we stopped a lorry in Pulau Lumut, Shah Alam. Following that, an arrest was made here where we located around 12 lorries, a forklift and other machinery which we believe were used to modify stolen lorries.

“Following questioning of both suspects, a third man was arrested in Taman Seri Indah Bestari Jaya,” he said at a press conference near the group's workshop in the Rawang Integrated Industry Park on Tuesday (Sept 21).

Investigations showed that the f 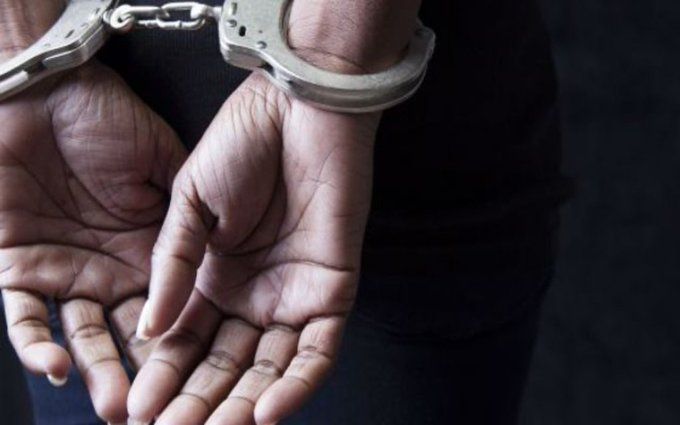 JOHOR BARU: Johor police have arrested 9,506 individuals, including syndicate members, for various drug offences including possessing and supplying within the first nine months of this year with 70% of them already charged in court.

State police chief Comm Datuk Ayob Khan Mydin Pitchay said the police were always committed and aggressive in carrying out operations to stop drug smuggling and trafficking syndicates throughout the country, in particular within Johor.

“We have recorded many successes with the arrests of syndicate members together with drug seizures and confiscating tools used in processing the illegal substances,” he said in a press conference held at the state police headquarters here Monday (Sept 20). KUALA LUMPUR: Bukit Aman has not received any report of an alleged USD6mil (RM25mil) theft involving an individual that was previously being investigated by the Malaysian Anti-Corruption Commission (MACC).

"We have not received any police report pertaining to the alleged incident.

"We advise the public to be responsible social media users and avoid spreading unverified news or information," he said in a statement on Monday (Sept 20).

Stern action will be taken against those spreading fake news, he added. 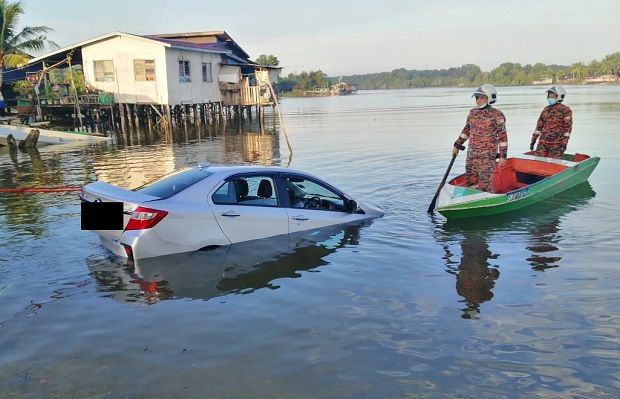 KOTA KINABALU: A man has been found dead inside his car, which was submerged in the sea at a water village in Sandakan district.

Sandakan Fire and Rescue Department chief Jimmy Lagung said they received a call about an almost fully submerged vehicle in Kg Batu 7, at 5.44am, Sunday (Sept 19) and had gone to investigate.

“Our men had proceeded to haul the vehicle out of the water and that was when we noticed there was a victim inside,” he said when contacted.

He said the man was seated in the driver’s seat.

“The victim has been identified as 62-year-old Thien Nyuk Kong,” Lagung said.

Sandakan acting OCPD Supt Abdul Fuad said they were still investigating whether there are elements of foul play in this incident. SEPANG (Bernama): Selangor police have issued 423 compounds to members of the public for flouting the standard operating procedure (SOP) under Phase Two of the National Recovery Plan (NRP) from Sept 10 until Friday (Sept 17).

Selangor police chief, Datuk Arjunaidi Mohamed, said the compounds were issued for various offences like failure to wear a mask, disregarding social distancing and others.

He said about 3,000 personnel from 700 monitoring teams have been assigned to ensure that the public adhere to the SOP since Klang Valley transitioned to Phase Two of the NRP, where inter district travelling is allowed and many had taken advantage of this to do various recreational activities.

"We are monitoring the beaches and places of attractions in Selang JOHOR BARU: A businesswoman who recently lost her husband was cheated out of close to RM400,000 of her savings after falling for a love scam syndicate.

Johor police chief Comm Datuk Ayob Khan Mydin Pitchay said that the 23-year-old had befriended an individual on Instagram who claimed to be from London, United Kingdom in April this year.

"The victim befriended the suspect under the username ‘chongwei4580’ and had fallen in love with the suspect,” he said.

"On Sept 10, the suspect had contacted the victim after her husband passed away and offered a gift worth USD950,000 (RM3.9mil) as condolences to her," added CommAyob in a statement here on Saturday (Sept 18). "We arrested a 30-year-old man and seized some drugs and equipment used to process it during the first raid.

"Following the first arrest, we were able to conduct six more raids where nine more suspects were arrested," he said, adding that all suspects are locals.