He said six of them would be an extension of projects currently being implemented, including RTB Lembangan Sungai Pinang, involving cost of RM150mil, RTB Sungai Kechil (RM16.8mil) and RTB Sungai Dua (RM45mil), while the seventh would be a new project, the RTB Pondok Upeh/Sungai Burong, costing RM10mil.

All the projects are now in various stages of implementation, including the process of appointing consultants for design work, survey work, land investigation and calling for tender, he told reporters after visiting the RTB P 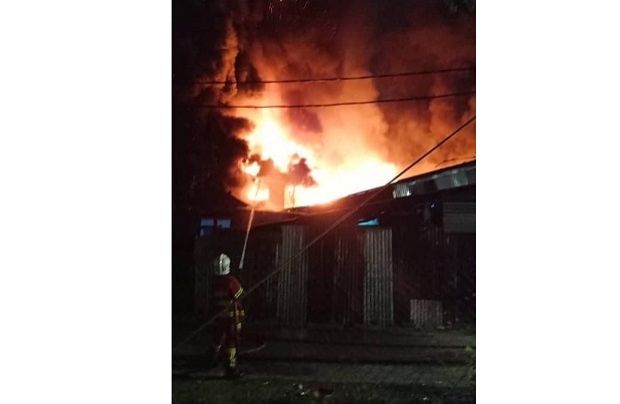 GEORGE TOWN (Bernama): Fully vaccinated individuals are allowed to perform congregational obligatory and Friday prayers at mosques and surau throughout the state based on the capacity of the prayer area, beginning Saturday (Sept 18).

"Those who are partially vaccinated are allowed to perform congregational prayers at mosques and surau according to the previous SOP, namely only 150 congregants for state mosque, kariah mosque (100 people) and surau (50 people).

"Apart from that, mosques or surau management must provide a special pra KUALA LUMPUR – It will share the stage with some of the world’s leading star is certain to be memorable to Mohd. Faiz Subri when the network successfully listed three finalists who will win the Puskas Award for the International Football Federation (FIFA) 2016. Victory also own history when the network …

Another Indian Muslim dish that was claimed to originate from Penang, fragrant rice topped with different curry-based meat or vegetable dishes of your choice. Covered in  similar fiery-red orange but the curry for each dish actually did taste different. Do beware as they use their chili and spices very lavishly. …

Rojak is considered a colloquial representation of variety and mixture. Commonly found in Malaysia, it is a salad of bean curds, fritters (you tiao), bean sprouts, cuttlefish and assortment of fruits covered in a thick syrupy peanut sauce. Freshly tossed with pineapple slices so sweet you would widen your eyes …

The pasembur, a Malaysian-Indian salad, is a crowd favourite dish that can be enjoyed at any time of day. Sometimes referred to as pasembur rojak and also cheh hu (Chinese pasembur), this modest street food usually consists of various ingredients such as prawn fritters, fried dough fritters or crackers, half-boiled …

Sulaiman sells freshly made chapati, Roti Jala (net bread) and some desserts such as Bubur Kacang (Sweet Mung Beans Desserts). Their Chapati is seriously a must-try. You will be amazed by how soft and fluffy their chapati can be and how delicious is their home made curry. It just makes …