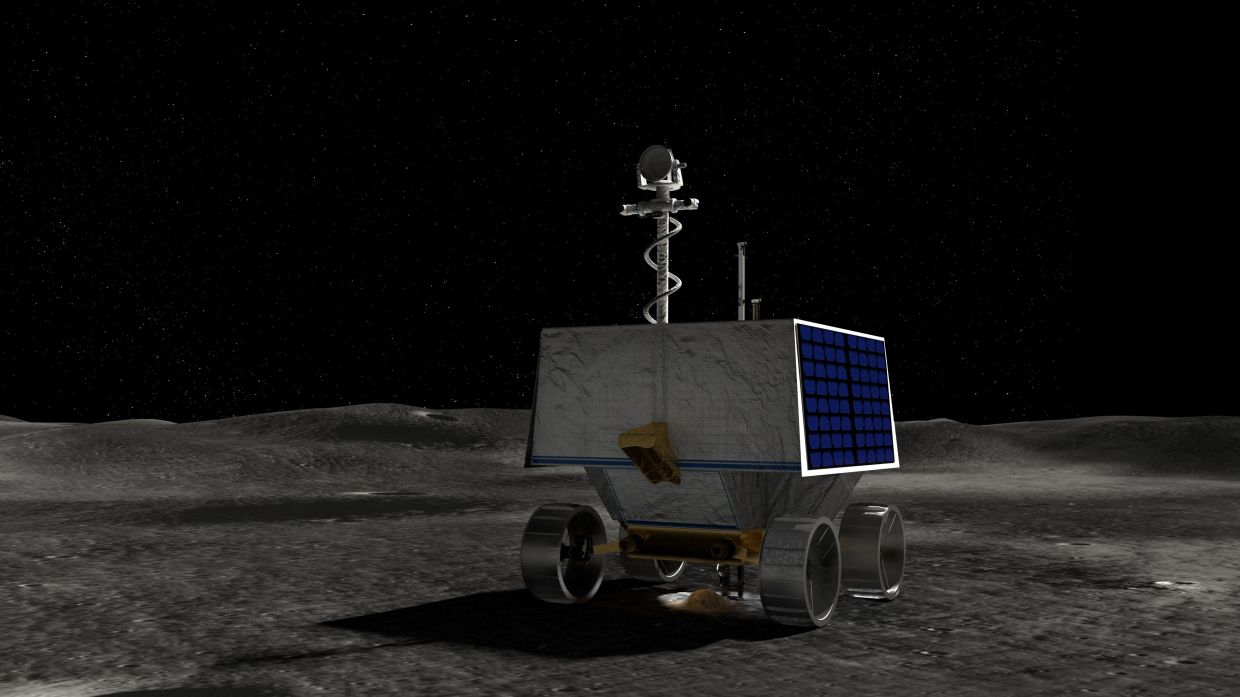 NASA on Monday announced it would land an ice-seeking rover on a region of the Moon's South Pole called the Nobile Crater in 2023.

The space agency hopes the robot will confirm the presence of water ice just below the surface, which could one day be converted into rocket fuel for missions to Mars and deeper into the cosmos.

"Nobile Crater is an impact crater near the south pole that was born through a collision with another smaller celestial body," Lori Glaze, director of NASA's planetary science division told reporters.

It is one of the solar system's coldest regions, and has only so far been probed from afar using sensors such as those aboard NASA's Lunar Reconnaissance Orbiter and the Lunar Crater Observation and Sensing Satellite. SpaceX’s all-civilian Inspiration4 crew spent their first day in orbit conducting scientific research and talking to children at a paediatric cancer hospital, after blasting off on their pioneering mission from Cape Canaveral the night before.

St Jude tweeted its patients got to speak with the four American space tourists, “asking the questions we all want to know like ‘are there cows on the Moon?’”

Billionaire Jared Isaacman, who chartered the flight, is trying to raise US$200mil (RM834.9mil) for the research facility.

Inspiration4 is the first orbital spaceflight with only private citizens aboard.

Earlier, Elon Musk’s company tweeted that the four were “healthy” and “happy”, had completed their first round of scientific

Monday, 14 August 2017 :  The Cassini probe is beginning the final phase of its mission to Saturn. In the coming hours, the satellite will execute the first of five ultra-close passes of the giant world, dipping down far enough to brush through the top of the atmosphere. It promises unprecedented …

When 4th grader and self-proclaimed “Guardian of the Galaxy”, Jack, wrote to us about applying for a job, we replied https://t.co/932pj3Q50B pic.twitter.com/RhcGdnzGAw — NASA (@NASA) 4 August 2017 Saturday, 5 August 2017 :  Nine-year-old Jack Davis recently came across a job opening within the federal agency. While he was only …

Thursday, 6 July 2017 NASA intends to test a new type of technology to protect the Earth from asteroids. In a press release, the space agency reported that the technology is called DART and it is based on a kinetic impact on the asteroid. According to the report, the blow …

Saturday, 1 July 2017 The Japan Aerospace Exploration Agency (JAXA) has announced that they plan to put the first Japanese astronaut on the moon by 2030 as part of the overarching mission from NASA and other space agencies to build a permanent space station in lunar orbit. The announcement came …

Saturday, 13 May 2017   WASHINGTON – NASA said Friday it will not crew the Orion spacecraft that will be launched in two years atop a super heavy Space Launch System (SLS) rocket due to associated risks and costs. “NASA determined it is technically capable of launching crew on EM-1, …

Tuesday, 18 April 2017 The fetchingly named 2014-JO25 asteroid will pass Earth at the comfortable remove of some 1.1 million miles, or about 4 times that of the distance between our planet and the moon. The largest space rock to pass Earth since 2004’s 3.1-mile-wide monster 4179 Toutatis hurtled by, the spinning JO25 measures some 2000 …

We might be able to make Mars habitable to human life

Wednesday, 8 March 2017   A group of scientists have devised a plan to make Mars a little more hospitable to human life. A computer modeling experiment suggests that we can use a spacecraft to create a magnetic field around Mars, shielding it from the solar wind that’s stripping its …