Apply one week in advance 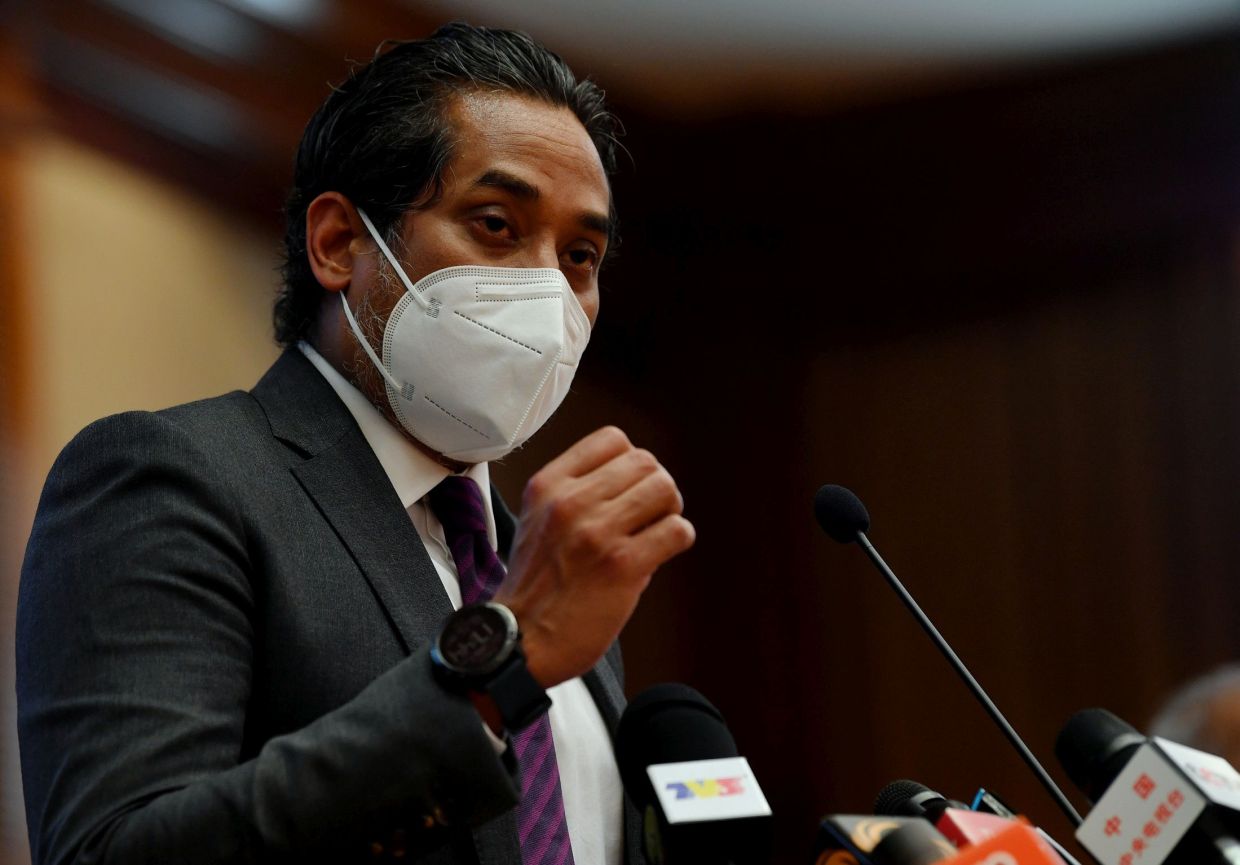 PETALING JAYA: The option for travellers arriving in Malaysia to undergo home quarantine also applies to those with permanent resident status or under the Malaysia My Second Home (MM2H) programme.

They must have a home or residence in the country, produce a negative polymerase chain reaction (PCR) test result and be fully vaccinated.

This comes following the announcement by Health Minister Khairy Jamaluddin (pic) that the “Jurassic process” of submitting email applications to undergo isolation at home would be replaced with a simplified Home Quarantine Application (HQA) portal from yesterday to ease the process.

Submissions are to be made through the eCovid19 HQA portal, with each application allowing a maximum of 10 tr SEPANG: Covid-19 vaccine booster shots should only be prioritised for the high-risk group and the elderly, not healthy people, says Khairy Jamaluddin.

The Health Minister said Malaysia will not recommend that people who are healthy be given booster shots when the country starts administering them.

“Booster shots should only be given to those who should have it. I am young and have no comorbidities, so should I be taking the booster shot? I’ll be taking a (dose) meant for somebody else.

“Boosters are for people who are elderly and immunocompromised. It is not for healthy people, and we will not recommend it for them right now.

“It is only for a certain group of people,” he told a press conference at Kuala Lumpur International Airpor

Covid-19: No reports of vaccination side-effects among teens, says Khairy PUTRAJAYA: There have been no reports of Covid-19 vaccination side-effects among the first 85,000 teenagers to be immunised in the country, says Health Minister Khairy Jamaluddin.

“As of Sept 16, some 85,076 teenagers in the country have received their first vaccination doses.

“So far, there have been no reports of serious side-effects among the teens,” said Khairy at a press conference after observing the immunisation programme for students at SMK Putrajaya Precinct 8 (1) here on Monday (Sept 20).

The immunisation programme for adolescents had started in Sarawak on Sept 8 and Labuan on Sept 11.

Khairy said teens in Sabah have also received their jabs through the outreach programme organised in the state’s interior areas.

Take precautions when in Singapore

Friday, 2 September 2016   PUTRAJAYA: It is unrealistic to stop Malaysians from travelling to Singapore, but people must take precautions against mosquito bites, says Health Minister Datuk Seri Dr S. Subramaniam. There are about 200,000 Malaysians working in Singapore, with some travelling to and fro on a daily basis, …