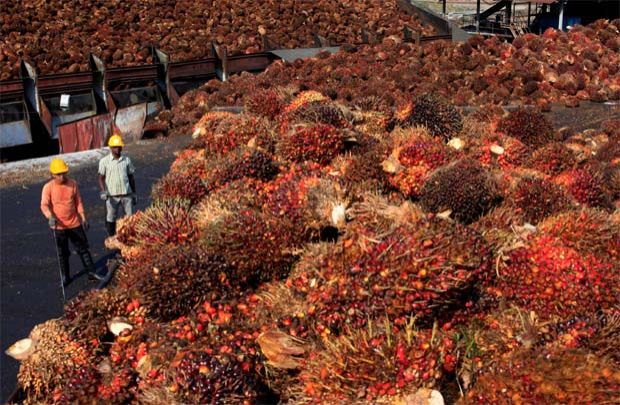 NEW DELHI: Indian farmers are expected to harvest a record 150.50 million tonnes of grains from summer-sown crops in the crop year to June 2022, the government said on Tuesday, against 149.56 million tonnes gathered in the previous year.

registered a net profit of RM47.93 million in the financial year 2021 (FY2021) compared to a net loss of RM467.06 million in FY2020, largely thanks to higher selling prices and cost improvement.

Revenue, however, was lower at RM1.74 billion from RM1.91 billion amid lower sales volume as compared with FY2020, the steel products manufacturer said in a filing with Bursa Malaysia today.

The group said operating profit at its three core business oleochemical, healthcare as well as milling and estate operations, were more than doubled compared to the same quarter last year.

"We remain cautious on our prospects for the Oleochemical segment," the company said i KUALA LUMPUR: The crude palm oil (CPO) futures contract on Bursa Malaysia Derivatives is likely to experience a technical correction next week, ahead of the production data release.

"Next week's trading activities will be based on production assessment data by MPOA and SPPOMA with expectation for production to rise at a slower rate from last month,” he told Bernama. 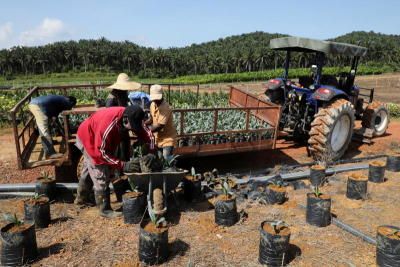 KUALA LUMPUR (Bernama) -- The Associated Chinese Chambers of Commerce and Industry of Malaysia (ACCCIM) has welcomed the government's decision to grant special approval to bring in 32,000 foreign workers to ease the labour shortage in the plantation sector.

Minister of Human Resources Datuk Seri Saravanan Murugan has said that his ministry is drawing up standard operating procedures (SOPs), including identifying a 2,000-person capacity COVID-19 isolation centre near Kuala Lumpur International Airport (KLIA), to facilitate the bringing in of the foreign workers.

ACCCIM said in a statement today that the measure will provide relief to the plantation sector, including the palm oil industry, which had suffered financial and revenue losses as the shortages of wo

Saturday, 10 December 2016 NEW YORK: Oil prices rose about 1% on Friday on hopes that non-OPEC producers meeting in Vienna over the weekend would agree to output restrictions following limits OPEC announced last week to curb an oil glut. Both Brent and U.S crude futures, however, notched their first …

Thursday, 24 November 2016 BUENOS AIRES: Argentine state-controlled energy company YPF stated that it plans to continue a pilot shale oil project with Malaysia’s Petronas , announcing an additional $192.5 million joint investment. The two companies put nine wells into production between May 2015 and September of this year, with …

Oil prices below US$50 early Thursday

Thursday, 27 October 2016   SINGAPORE: Oil prices were below US$50 per barrel on Thursday on doubts OPEC will be able to bring together its members and Russia to organize a coordinated crude production cut. International Brent crude oil futures made a push above $50 per barrel early on Thursday, …

Wednesday, 24 August 2016   PETALING JAYA: Plantation firm IOI Corp Bhd fell into the red during the final quarter of its 2016 financial year (Q4 FY16) with a net loss of RM59mil arising from lower operating profits and foreign exchange translation losses. The company posted a revenue of RM2.82bil. …