Spanish students to go back to school after Christmas break, despite Omicron 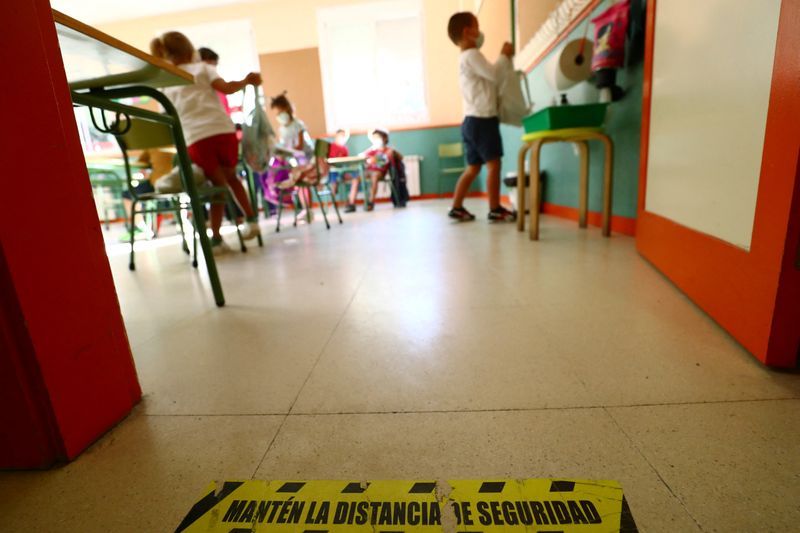 MADRID (Reuters) – Students at Spanish schools and universities will return to class in-person when the new term begins on Jan. 10, the Health Minister said on Tuesday, ending speculation that record COVID-19 infections might trigger distance learning.

Cases have hit new highs since the highly contagious Omicron variant of the coronavirus was detected some two months ago, raising concerns that children would not be able to go back to school after the Christmas holidays.

The Omicron variant accounted for around 43% of cases in the week before Christmas, Spanish Health authorities said on Monday.

But officials from the 17 Spanish regions, which set their own health policy, all voted in favour of a return to the classroom on Tuesday in a rare display of unanimity in a country riven by stark political differences.

“It’s about the physical attendance of all our students from next January 10 throughout the country,” Health Minister Carolina Darias told reporters after the regional meeting.

Masks will be mandatory at all times and schools must guarantee adequate ventilation, while regional administrations will work to cover any teacher absences due to infection, she said.

The nationwide infection rate as measured over the past 14 days rose to a new record of 2,296 cases per 100,000 people on Monday, a more than 10-fold increase since the beginning of December.

Pressure on hospitals is on the rise but remains well off highs seen a year ago. Intensive care occupancy reached 21.2% on Monday, up from 8% a month ago but less than half the peak of 43% recorded last January.

More than 90% of Spaniards over 12 have received a full vaccine course, according to health ministry data, while just under a third of children aged 5-11 have received their first dose since Spain began vaccinating that age group in mid-December.