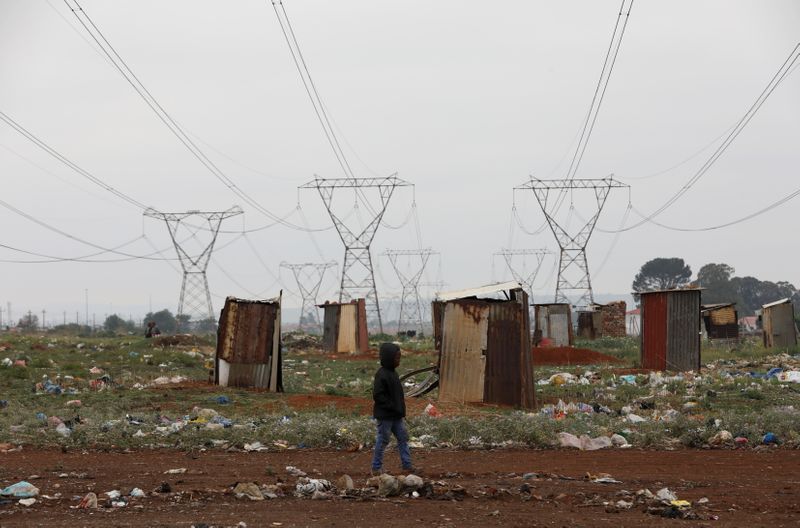 JOHANNESBURG (Reuters) – South Africans will vote on Monday in municipal elections likely to be the toughest contest yet for the ruling African National Congress (ANC), which faces discontent over poor services and stark inequalities 27 years after ending white minority rule.

The ANC’s rise to power in 1994 drew a line under centuries of racist oppression of the country’s majority Blacks by the descendents of white settlers. But critics say the liberators have proved less effective at more mundane tasks like fixing drains, supplying clean water and keeping the lights on.

Failures to maintain roads, sewerage treatment plants and creaking coal-fired power stations — power cuts are common — could cost the legacy party of late liberation hero Nelson Mandela. Analysts expect its vote share to fall below 50% for the first time, from 54% in the last local polls, itself the ANC’s worst outcome yet.

The party seeks to win back metropolitan areas it lost to opposition-led coalitions in 2016, including the respective political and commercial capitals, Pretoria and Johannesburg.

President Cyril Ramaphosa, who remains popular, promised on the campaign trail to make service delivery a priority. ANC defenders say reversing decades of apartheid-era neglect in Black neighbourhoods was never going to be a quick fix.

But his party has been dogged by corruption scandals and faces criticism over some of the world’s highest recorded unemployment: a third of the population is out of work. South Africa’s levels of economic inequality are, on some measures, unparalleled anywhere else.

Analysts say getting less than half the vote would be a psychological blow, and would raise the previously unthinkable possibility that the ANC could one day be in opposition.

That still seems a way off. Its main rival, the Democratic Alliance (DA), has struggled to shed its image as a party of white privilege, and it suffered a backlash in October from a divisive poster campaign addressing racial tensions between ethnic Indian and Black communities.