Second viral video of ‘Karen’ is of the same woman, say police 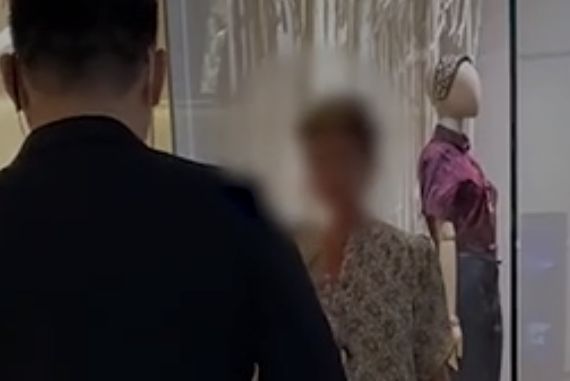 KUALA LUMPUR: Police are seeking those who witnessed another incident where a Caucasian woman attempted to enter a shopping mall in Bangsar here without wearing a face mask.

Brickfields OCPD Asst Comm Amihizam Abdul Shukor said she was the same 51-year-old woman who caused a stir after she was barred from entering a luxury retail store at a prominent mall in Kuala Lumpur, footage of which also went viral.

ACP Amihizam said police have seen the 20-second video clip of the second incident on Twitter.

“The video clip shows a woman believed to be a foreigner who was stopped by a security guard at the shopping mall at Bangsar for not wearing a mask and attempting to enter.

“The video shows a breach of standard operating procedure (SOP) set by the National Security Council,” he said in a statement on Saturday (Oct 30).

“We advise the public not to speculate on the video, which will lead to public anxiety.

“Any breach of SOP will be dealt with under the Prevention and Control of Infectious Diseases Act 1988,” he said.

ACP Amihizam urged witnesses to come forward to the nearest police station to have their statements recorded.

It was reported that police had already identified the woman.

Dang Wangi OCPD Asst Comm Noor Dellhan Yahaya was quoted as saying that police had already opened investigations into the case and would call her in for questioning soon.