Satterfield to take up post as U.S. special envoy for Horn of Africa 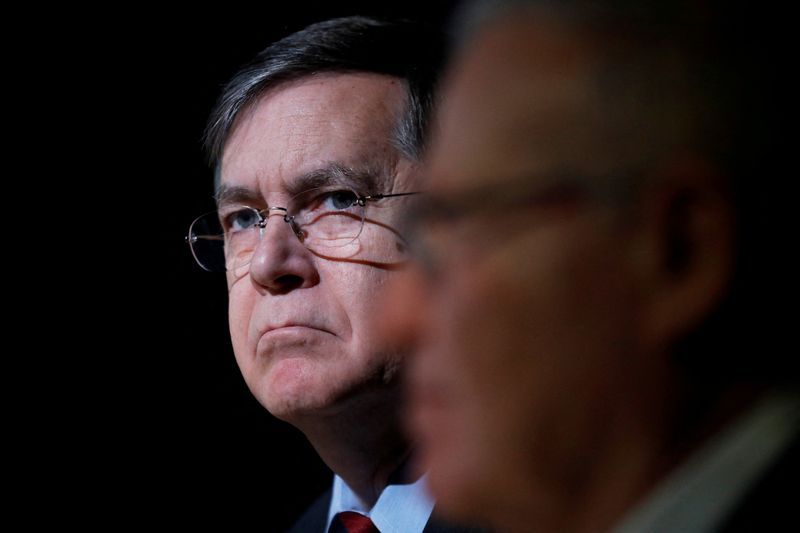 (Reuters) – U.S. Special Envoy for the Horn of Africa Jeffrey Feltman will step down from his post and David Satterfield, the outgoing U.S. ambassador to Turkey, will take up the role in coming days, Secretary of State Antony Blinken said in a statement.

Reuters reported exclusively https://www.reuters.com/world/africa/exclusive-us-special-envoy-horn-africa-feltman-leave-post-2022-01-05 on Wednesday that Feltman, 62, would step down from his post this month after more than nine months in the job and would be replaced by Satterfield.

Blinken said that the department intended for Feltman’s appointment as special envoy to be less than a year, adding that he would continue to serve in an advisory role.

Satterfield, a veteran of the U.S. Foreign Service with more than four decades of experience, has had a challenging post as U.S. ambassador in Turkey, where he navigated a strained bilateral relationship between the two NATO allies.

Turkey’s increasing drone exports, most recently to Ethiopia, will be a common thread in Satterfield’s old and new roles. Washington in December raised with Turkey its sales of armed drones to Ethiopia. Sources said there was mounting evidence the government used the weapons against rebel fighters.

“Ambassador Satterfield’s decades of diplomatic experience and work amidst some of the world’s most challenging conflicts will be instrumental in our continued effort to promote a peaceful and prosperous Horn of Africa and to advance U.S. interests in this strategic region,” Blinken said.

Feltman, a veteran U.S. diplomat, assumed the post in April and quickly found himself in the middle of two major crises – Ethiopia’s deepening civil war between forces loyal to the Tigray People’s Liberation Front (TPLF) and the army of Prime Minister Abiy Ahmed, as well as a military coup in Sudan in October.

(Reporting by Daphne Psaledakis in Washington and Kanishka Singh in Bengaluru, Editing by Alexandra Hudson)