Breaking News
Home / English News / Sabah Islamic authority investigating PMYT, identifying if there are any ‘followers’ in the state

Sabah Islamic authority investigating PMYT, identifying if there are any ‘followers’ in the state 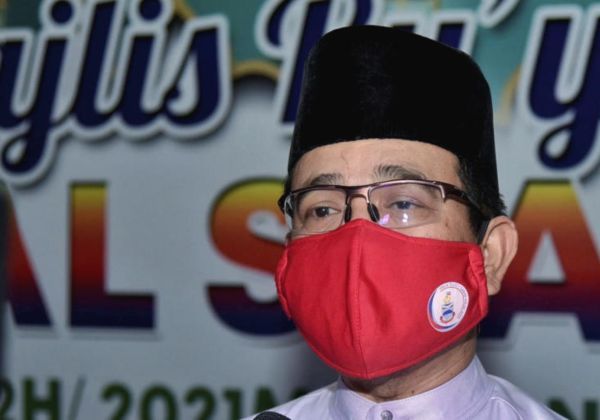 KOTA KINABALU: The Sabah Islamic Religious Department (Jheains) is investigating if there are any “followers” of a deviant group Perjalanan Mimpi Yang Terakhir (PMYT) in the state.

Sabah Mufti Datuk Bungsu Aziz Jaafar (pic) said Jheains is investigating to identify if there were social media followers of the Selangor-based group allegedly led by a woman.

The cult group is alleged to be spreading deviant teachings and has claimed on social media that World War III would begin in Sabah. Earlier this month, police began investigating the group.

“We are now working on the information and identifying what type of teachings there are, then we will bring them to the Mufti’s Office to assess whether it contradicts the teachings of Islam,” Aziz said.

“If it deviates from the beliefs of Ahli Sunnah Wal-Jamaah, the decision to ban the teachings will be discussed and gazetted through the Sabah Fatwa Muzakarah Council,” he added.

He said so far, the Sabah government had banned 25 teachings that were contrary to the teachings of Islam, including Hizhut Tahrir and Daesh or Isis.

However, he said that they did not have data on the number of followers of deviant teachings or extremists as it was under the jurisdiction of the police.

As of 2017, he said 25 deviant teachings were gazetted in Sabah including the teachings of Hizhut Tahrir, Millah Abraham, Daesh or Isis, Liberalism and Pluralism, Dakyah Wahabiah, Tariqah Hasaniah, Black Metal and Ilmu Makrifat.

Sabah passed an amendment in 2019 to its Syariah Criminal Offences Enactment 1995 to curb deviant teaching in Sabah.

This amendment enables the state to curb the spread of deviant teachings or extremism to avoid confusion and security threats among the people.