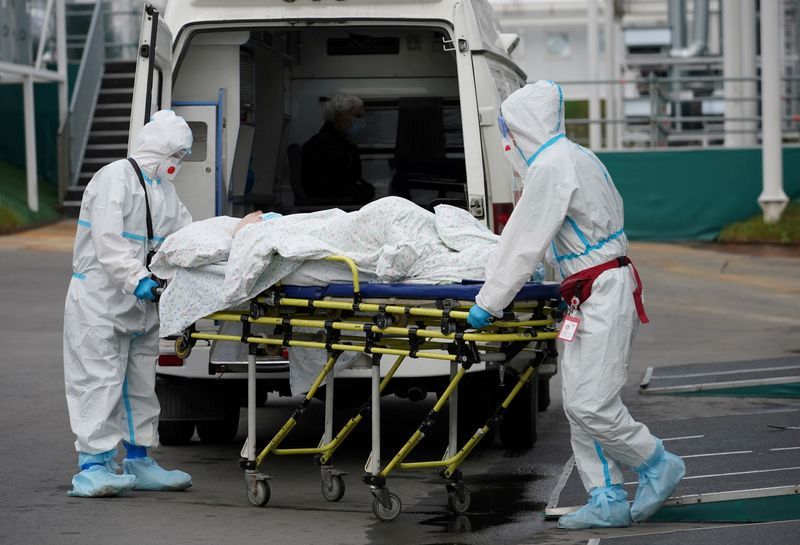 MOSCOW (Reuters) – Russia reported its highest single-day COVID-19 case tally since the start of the pandemic on Monday as some regions imposed a workplace shutdown to combat a surge in infections and deaths.

Faced with worsening infection rates and frustrated by the slow take-up of Russia’s Sputnik V vaccine by its own population, authorities are introducing stricter measures this week to try to slow the spread of the pandemic.

President Vladimir Putin last week declared that Oct. 30 to Nov. 7 would be paid non-working days but said every region could extend that period or start it earlier depending on the epidemiological situation.

Putin also ordered a series of measures including increased testing, tighter monitoring of mask-wearing and social distancing and an acceleration of the vaccine campaign, with employees to get two paid days leave as a reward for getting inoculated.

From this Thursday, Moscow will introduce its tightest lockdown measures since June 2020, with only essential shops like supermarkets and pharmacies remaining open.

Unvaccinated over-60s in the capital have been ordered to lock down for four months starting Monday, and Moscow schools are also closed.

The government’s coronavirus taskforce reported 37,930 new COVID-19 infections in the last 24 hours, a daily record, as well as 1,069 deaths related to the virus, six short of the record of 1,075 set on Saturday.

Kremlin spokesperson Dmitry Peskov told reporters that economic support measures to compensate for the losses incurred by the restrictions were sufficient at this stage.

“All these measures work, and the situation is being monitored very closely,” Peskov said. “The situation is difficult and everybody will carefully follow how it develops.”