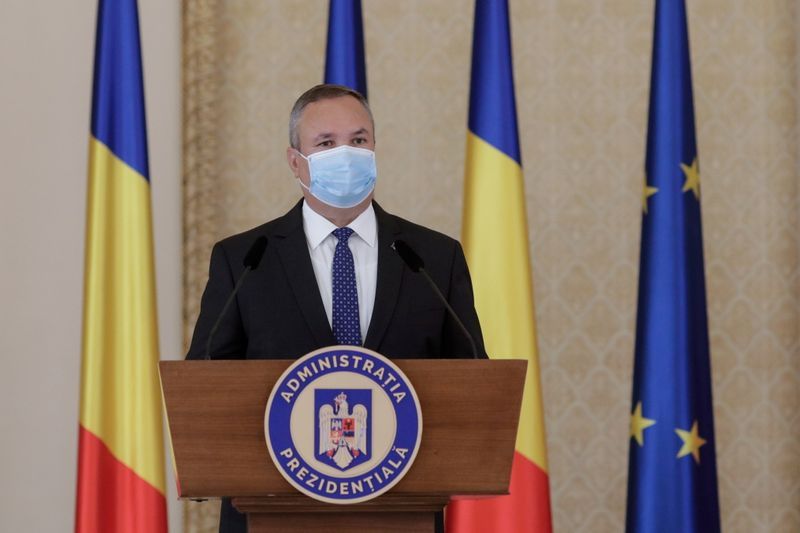 BUCHAREST (Reuters) – Romania’s ruling Liberals and their former rivals, the leftist Social Democrats, will have a coalition government installed within a week, party leaders said on Thursday, even though they have yet to agree on key appointments.

The European Union state has been in policy paralysis since a centrist coalition splintered in September after less than a year in power, threatening economic recovery during the deadliest COVID-19 wave since the start of the pandemic.

Earlier this week, the two parties agreed to rotate prime ministers every six months until a 2024 general election. But on Thursday they had yet to decide which party would go first.

Earlier in the day, the Liberals decided to support interim defence minister and retired army general Nicolae Ciuca as their proposed prime minister instead of party leader Florin Citu, eliminating a stumbling block in the negotiations.

The Social Democrats (PSD) repeatedly said they would not back a government led by Citu, whose cabinet failed a no-confidence vote in parliament on Oct. 5.

Ciuca said the two parties and their junior partner ethnic Hungarian party UDMR will decide on Friday who gets the first rotation. PSD leader Marcel Ciolacu said a new cabinet will be approved by Nov. 25.

Ciolacu also said the party with the first prime minister cannot also hold the finance portfolio. The number of ministries allotted to each party will be determined by parliament seats, which favours PSD, the biggest party in the legislature.

But the parties, which were bitter foes in a 2020 general election, had yet to agree on key policy items including taxation, judicial reforms and the scope of wage, pension and child benefit hikes.

Maszlee likely to join PKR after a year as independent MP

Football: Soccer-Coaches snatch the limelight ahead of all-Brazilian Libertadores final

Sabah to host 2nd Asia Parks Congress in May