It said on Monday it reaffirmed the company’s AA2/Stable rating, with minimum and average annual finance service coverage ratios (FSCRs) (with cash balances) of 1.68 times and 7.25 times (base case: 1.70 times and 7.38 times).

The rating reflects the sound project economics of the company’s 50 MWac solar photovoltaic plant (the Plant) in Kuala Ketil, Kedah.

The plant generated a total net energy output (NEO) of 88,702 MWh in 2020, outperforming our sensitised projection of 77,851 MWh (+13.9%) as well as the declared annual quantity (DAQ) of 78,114 MWh – the forecasted annual electricity output submitted to TNB in accordance with the PPA.

The PPA requires the plant to meet at least 70% of its DAQ for each contract year.

“The strong NEO is a reflection of superior plant availability of close to 100%, with no unexpected downtime recorded in 2020 and 5M 2021.

“Movement restrictions necessitated by the COVID-19 pandemic did not affect the Plant’s energy generation and operations and maintenance routine.

“With no further capital expenditures after the plant’s completion in 2019, Edra Solar’s pre-financing cashflow turned positive with RM33.3 mil recorded in FY Dec 2020 against a deficit of RM24.8 mil a year earlier.

“We expect the company’s sensitised pre-financing cashflow to average RM21.5 mil per annum throughout the Sukuk’s tenure (base case: RM22.8 mil) on the assumptions of lower energy output and higher equipment degradation,” RAM said. 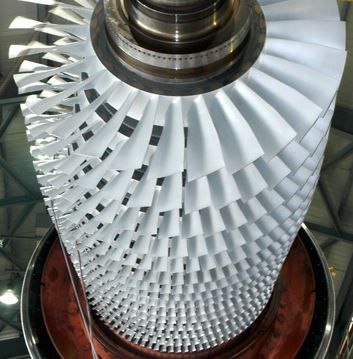 Edra owns and operates 9 power plants in Malaysia, Egypt and Bangladesh. It also has investments in a power asset in Pakistan, as well as a power and desalination asset in the United Arab Emirates.

Edra is the second largest independent power producer (IPP) in Malaysia, with a total generating capacity of 2,845 MW and effective capacity of 2,326 MW from its four power plants, which consist of two combined cycle gas turbine plants (one with co-generation facilities), and one coal-fired sub-critical thermal power plant.

In Egypt, the Group owns and operates three gas-fired conventional thermal power plants with a total generating capacity of 2,048 MW and effective capacity of 1,740 MW, making it the largest IPP group in the country.

In Bangladesh, the Group owns and operates two CCGT power plants, with a total generating capacity of 810 MW and effective capacity of 445.5 MW.

The Group has an investment in a 157 MW combined cycle gas-fired baseload power station located in Pakistan. Its effective capacity is 36 MW.

Edra is also part of a consortium that owns and operates the Taweelah B IWPP, the largest independent water and power project in the UAE. The Group has a 10.0% effective interest in the Taweelah B IWPP, which has a total power generation and desalination capacity of 2,000 MW and 160 MIGD.