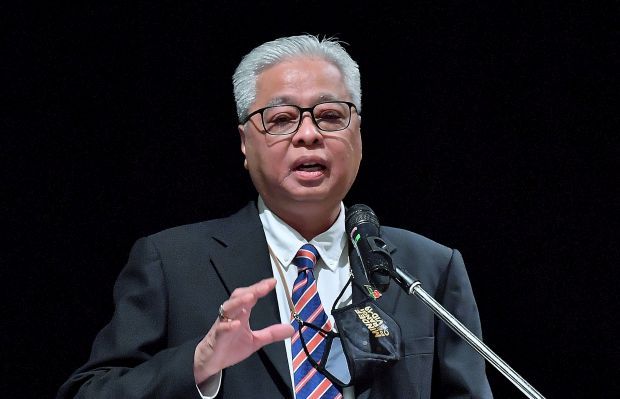 “I was informed that a total of 190,914 members of the Malaysian Family were surveyed by the Malaysian Administrative Modernisation and Management Planning Unit (Mampu) to evaluate the achievements of the Cabinet and ministries,” the Prime Minister said when launching the 100 Day Malaysian Family Aspiration programme on Thursday (Dec 9).

He said the survey was in line with the Key Happiness Outcome (KHO) evaluation introduced under the Malaysian Family concept to complete the 100-day performance target.

“The KHO will measure the level of satisfaction of the rakyat at all times.

“It will improve the nation’s standing in the World Happiness Report, of which we are currently at number 81 in 2021,” he added.

He described the move as historic as it was the first time that the KHO was used to evaluate the government’s performance.

Ismail urged more Malaysians to come forward to give their views, through various mechanisms, to better the government delivery system.

Ismail had announced during the unveiling of his Cabinet on Aug 27 that the newly appointed ministers were given 100 days to achieve their performance targets once taking office.

A total of 31 ministries and five agencies under the Prime Minister’s Department were required to achieve their targets.

The targets were based on evaluation on performance, leadership and public perception.

The performance achievements were in line with the Keluarga Malaysia concept of inclusivity, common ground and contentment.

The 100-day performance was monitored jointly by the Office of the Chief Secretary to the Government, the Malaysian Administrative Modernisation and Management Planning Unit (Mampu) and the Shared Prosperity Delivery Unit (Sepadu) between Sept 1 to Dec 9.

The event was marked with a four-day carnival between Dec 9 to 12 at the Kuala Lumpur Convention Centre showcasing various ministerial achievements and services.